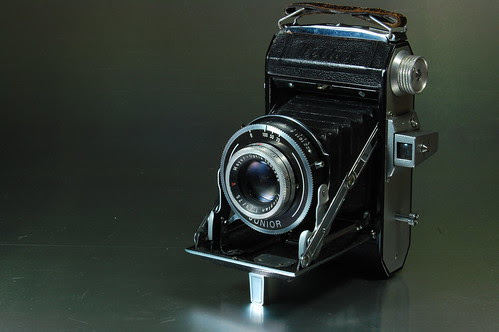 The Welta Weltax is a medium format folder, a self-erecting double format 6x6 or 6x4,5 cm exposures on 120 film. 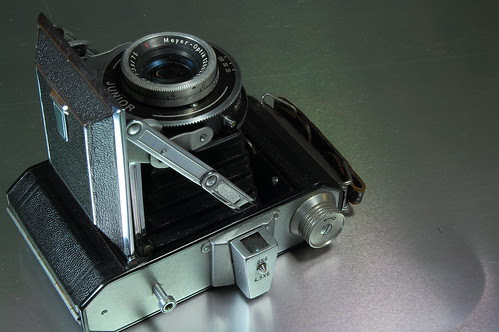 This is the post-war model made after 1947.
The pre-war model, 1938, it's easily distinguishable by the advance knob in the opposite side of the camera. 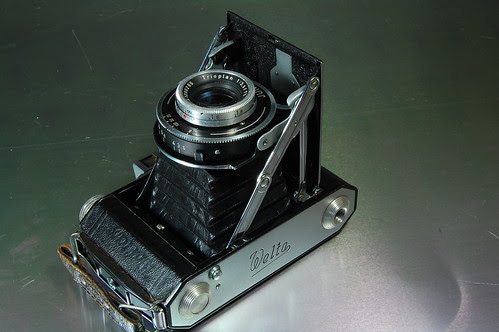 
There are other variants with other lenses like the Victar, Meritar or Tessar in shutters like the Stelo, Prontor-S, Compur, Compur-Rapid and Tempor. 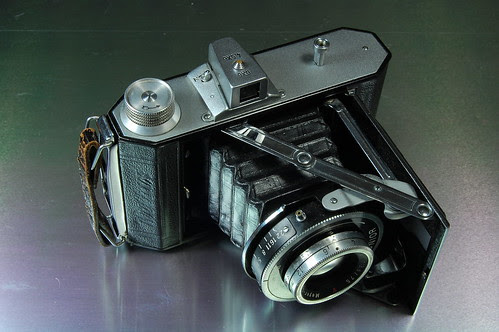 
I bought this one at an antiques fair. I liked it's looks, good built and nice materials.
Also because I had already another Welta, the Perfekta, that is a great camera.