WERRA the design that came from east 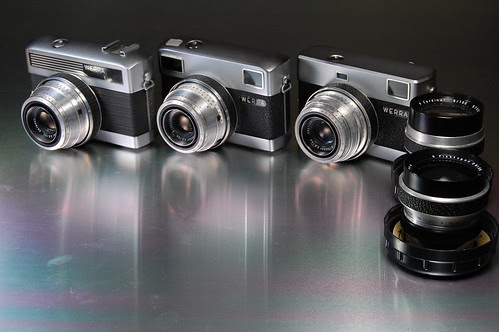 The WERRA cameras were made in Eastern Germany, GDR, from 1954 to 1968 by Carl Zeiss Jena, at the Eisfeld factory.
Werra it's the name of a small river close to the factory.

These cameras are completely original.

In a exhibition at Leipzig they were called the Volkskamera, the peoples camera.

They manufactured over half million of these cameras, including all models and variations.

The design is minimalist, the lens cap, in the models with fixed lens or when using the 50mm lens in the models with interchangeable lens, doubles as lens wood and can be used also as a blocking of the controls, turning it to a point and shoot camera.

The film advance and shutter cocking is made by turning a ring around the lens.
All the controls are located in rings around the lens, leaving only the shutter release on the top plate.

The shutter is of the central leaf type. The Prestor RVS 750, with a top speed of 1/750", is one of the faster shutters of this kind.
This top speed is possible due to the double set of leafs one for capping the film when the film is advanced and the shutter cocked. The second set instead of opening, stopping and reversing to close, simply rotate.
So when one press the shutter, the capping leafs open then the real shutter leafs rotate, giving the chosen exposure and the capping leafs close again.

The original lens in all WERRA cameras is a Tessar 50mm 1:2.8, marked as Carl Zeiss Jena, only Jena or T depending of the period they were made or the target markets.
This was due also to the dispute between the east and west Zeiss companies.
Anyway the quality of the lens is independent of the markings and market disputes and always magnificent.
The same aplies to the Cardinar and Flektogon.


In my collection I have three examples: 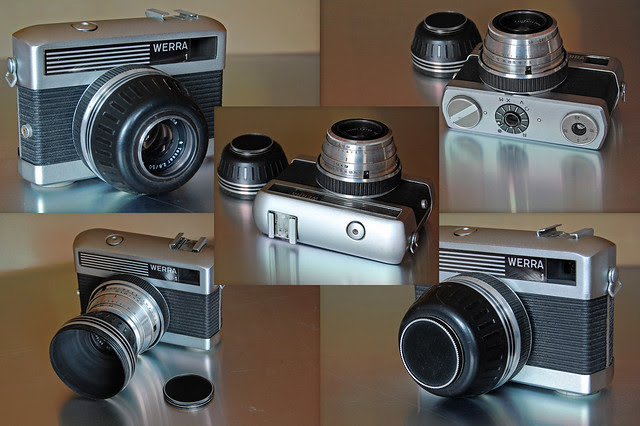 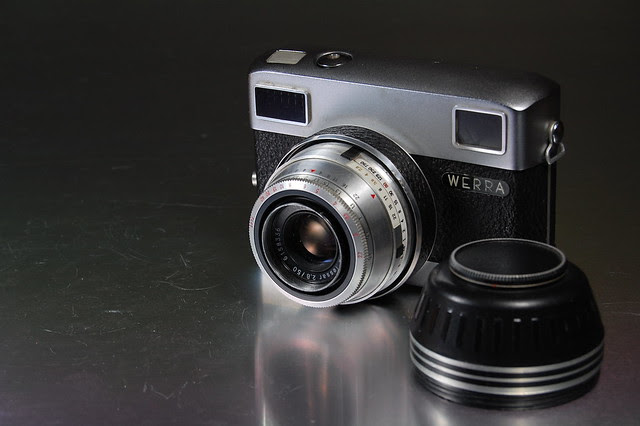 WERRAmat ~1961
Tessar 50/2,8
Prestor RVS shutter 1''-1/750 and B
Lens cap doubles as lens shade
The light meter displays a needle in the viewfinder to adjust the shutter speed/aperture.
The film advance and shutter cock is made by means of the outer ring of the lens. 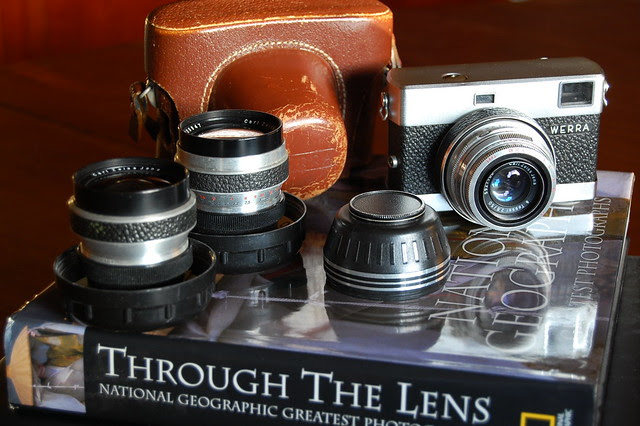 The viewfinder displays markings for the 50mm and 100mm the 35mm lens fills the viewfinder. 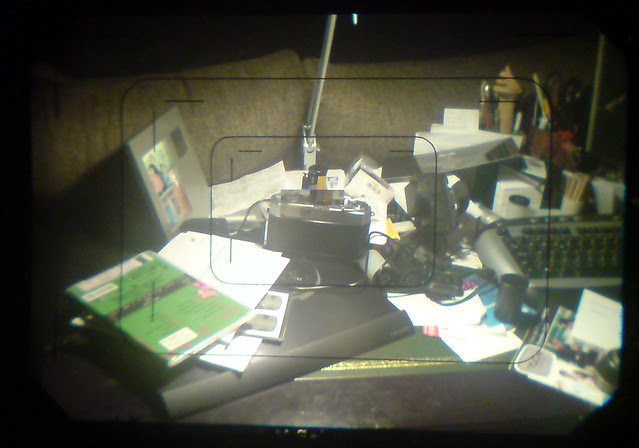 as seen in this TTV shot taken with a Sony Ericsson K800i. I'm sorry for the mess on my desk.

This is just to show how bright and easy to focus the WERRA 3 is.

Just using the light of the desk lamp.
The focusing zone is on the film canister, so you can see it's out of focus.

Photo-montage, with Photoshop CS3 and 4 pictures, with the different lenses 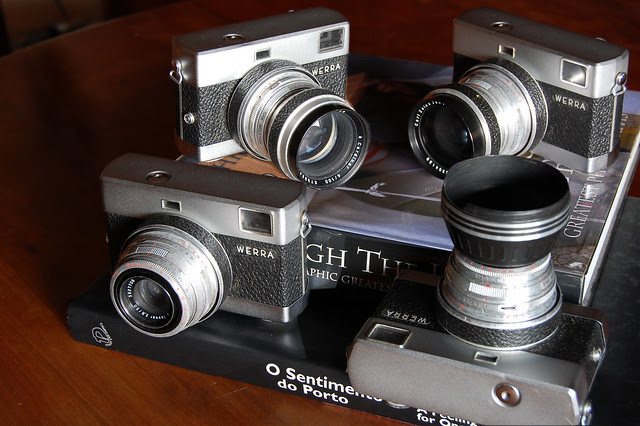 
I got hooked by this camera on a photowalk we made, were one of the participants brought one with him.
It's simple design and the Tessar lens captivated me on the spot.

I'm very pleased with the quality and looks of these cameras.
I'm sorry I haven't been using them as much as they deserve.