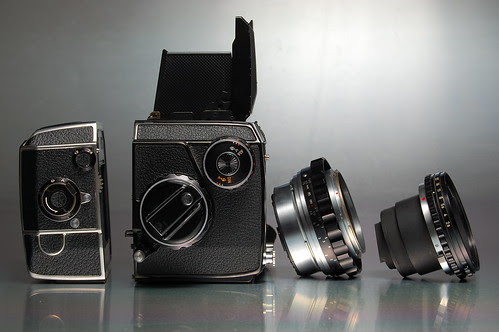 It's a good way to start with, to look at its parts: film back, body with WLF, focusing helicoid and lens. 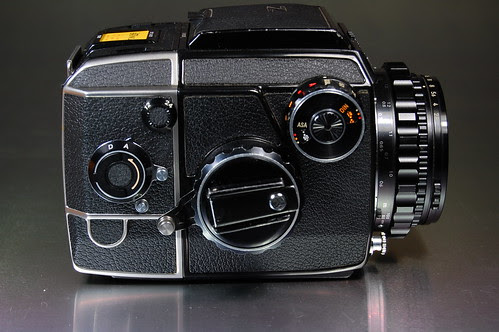 This camera was the result of a dream of Mr. Zenzaburo Yoshino.
Among other businesses, he had a camera shop because he was a photography aficionado.
None of the cameras of the time, around 1950, satisfied him, so he decided to build the perfect camera.
He spent over eight years and more than one hundred thousand yens to build his dream camera.
In 1959 he presented the Zenza Bronica D, a very similar camera to the Hasselblad of the era, the 1000 and 1600 F.


It was a 6x6, SLR, focal-plane shutter system camera.


The advantages over Hasselblad were many, for instance:
As he wasn't able to produce lenses, he went to Nikon, that he considered the best manufacturer.
Latter they made their own lenses.

The legend tells that the name Bronica is a blend of Brownie and camera.
In the sequence of this camera others came until the one that particularly interests me the EC-TL.
It was presented in 1975. This is a bigger girl than her ancestor but still a great camera crammed with amazing features.
Features:
My Kit: 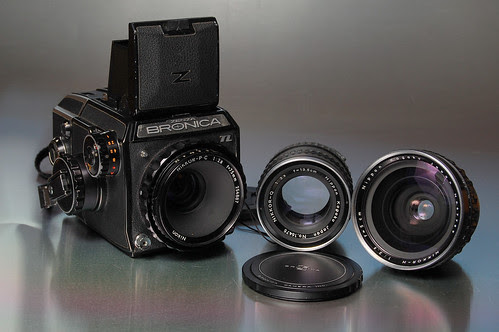 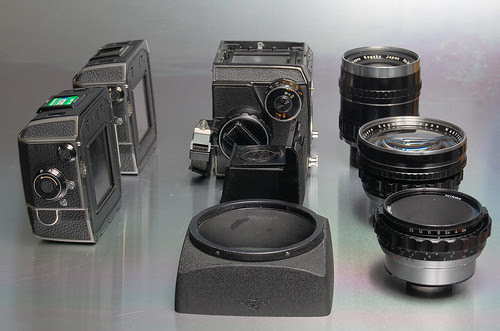 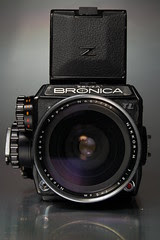 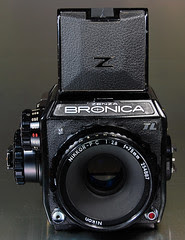 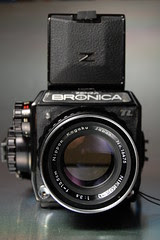 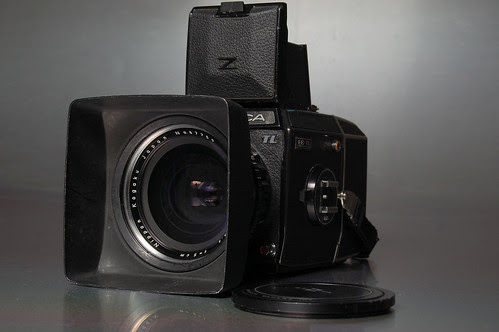 The Kikkor-H 50/3.5 with the amazing original metal hood 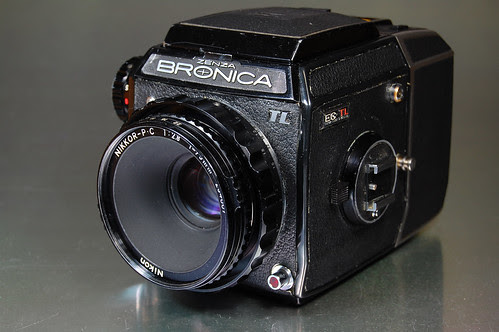 The all day carry around, that makes the camera look "compact":
The Nikkor-PC 75/2.8 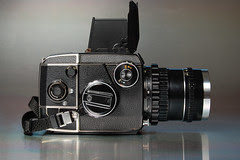 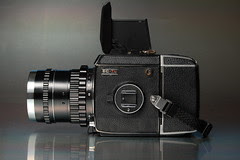 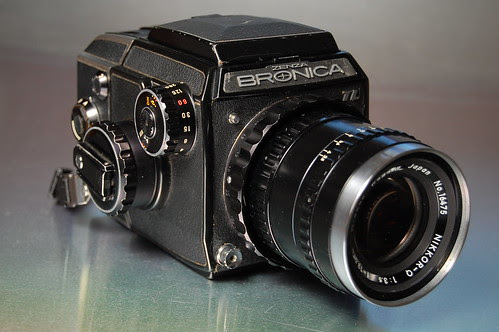 The interchangeable focusing glasses are extremely simple to change 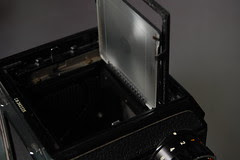 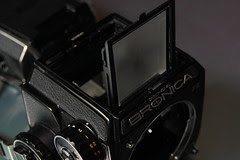 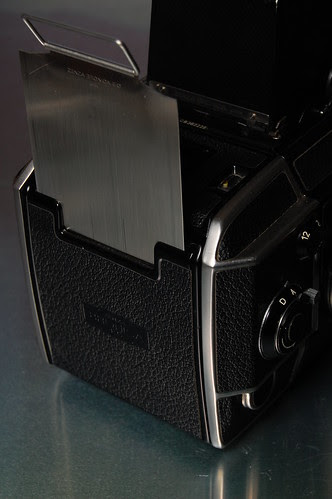 and insert it on the slot, when it is fully inserted the back is automatically released.
You don't have to worry about the state of the shutter or film back when changing backs. After replacing the back just wind the film advance and it synchronizes by itself.

This is the famous splitted mirror, the big one on the top and bellow the small one 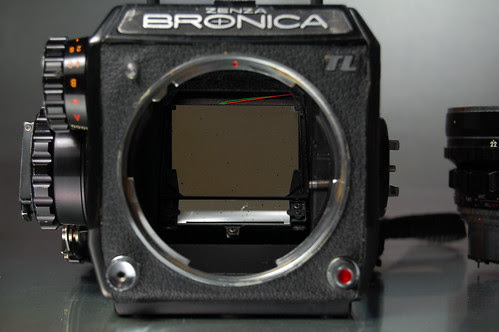 The big main mirror above swings back and then flips up, the small sub mirror below rotates to the bottom of the camera body. This allows the design of more intrusive lenses, allegedly, 'such design maintains the inertial balance stable, and mirror-shock is minimized'.
If this is true I can't imagine it without such design, the noise is so loud, when the shutter is released, that I never use this camera on my cemetery shots. I'm afraid of wakening the dead.

Through the viewfinder view of the 50 and 135mm lenses, using the 50mm 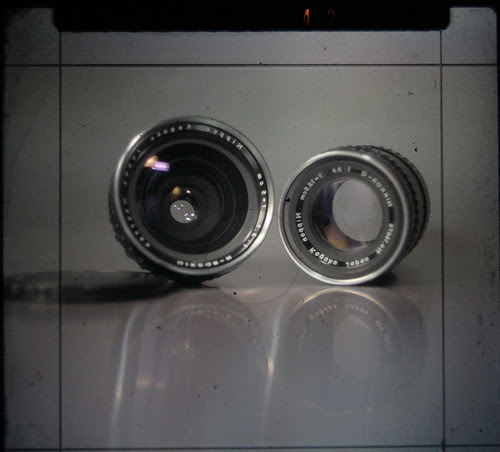 You can see on the top right of the image a faint 4, that's the shutter speed recommended for the actual light conditions. You see it faint because it was set to manual, and in such mode the info blinks, in AE (aperture priority) the info lights continuously.
This camera doesn't need any special finder to meter the light, it has a light sensor in the main mirror and another one to compensate from the light coming from the finder. It uses the stop down method, as many SLR cameras of the same era. You can make a reading and check the DOF, pressing the button opposite from the shutter release. In AE mode the reading is taken when you press the shutter release.

I think that's enough about the features but, not exhaustive, I could be writing about it for much longer.
Maybe that it's not a good idea, this is big enough trial to your patience.

Let's just look of what I managed to do with it:

If you are interested I have some more shots taken with it on my Flickr photostream.
Stay Tuned (o;
Posted by RaúlM. 19 comments: