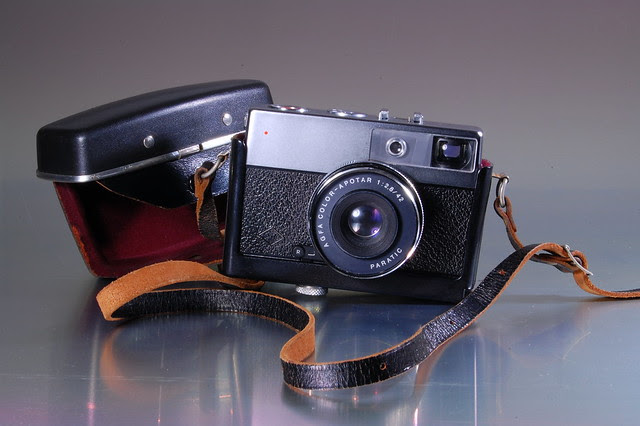 This was the first model displaying the orange Sensor shutter release, that became a distinctive feature of future Agfa cameras. It is made of a metal membrane, with a travel of less than 0,5 mm, what makes the shutter release operation ultra soft avoiding motion blur. 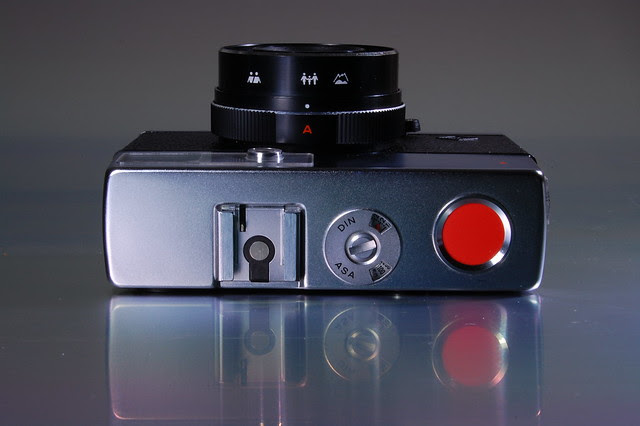 The shutter, of the central leaf type, is a Paratic. The shutter speed ranges from 1/30 to 1/500, hence the name of the model.
The lens is a Color-Apotar, 1:2.8/42 mm, focus scale, with three pictograms on the upper part of the lens barrel and a scale in meters and feet on the bottom. 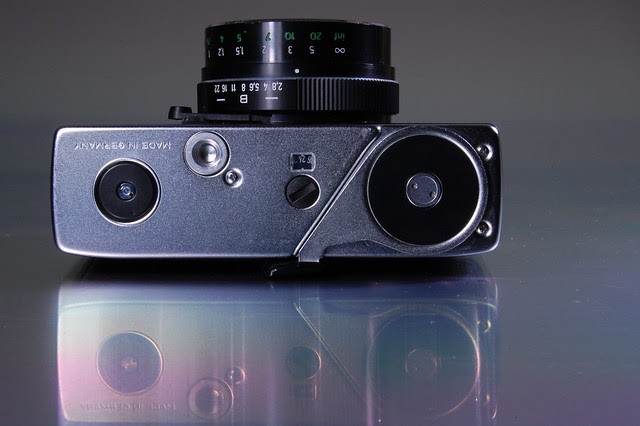 Above we also can see, on the aperture ring, the aperture values, to be used only with the B setting of the shutter.
The aperture and shutter speed values, in normal operation, are automatic selected and controlled by a CdS cell, powered by a BMR 9 cell, using the ISO info, with a range from 25 to 400. 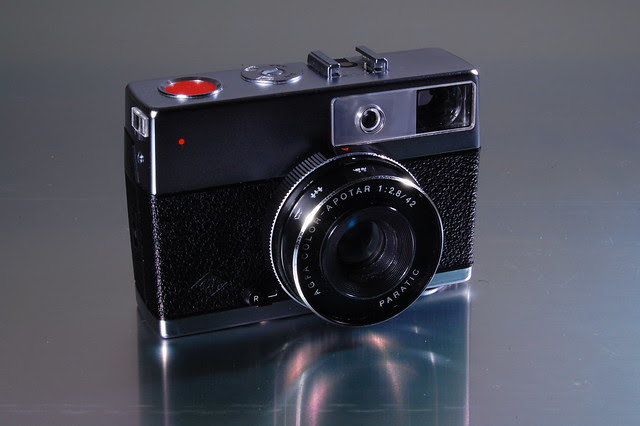 You might find strange a film advance/rewind lever but, in fact it is a quite a clever feature.
Reached the last exposure one presses and lift the lever, marked R, by the lens barrel, and actuate the advance/rewind lever several times, rewinding the film, simultaneously the exposure counter regresses, providing the information about the progress of the operation.

You can see, in the picture above, a small window by the top right side of the camera. It's marked LZ/GN and displays some figures in the window, selectable using the small thumb dial under it.
It's function is provide the meter system with the info about the flash guide number (LZ - meters, GN - feet).
When a flash is placed on the accessory shoe the camera automatically enters in the flash mode:
The shutter speed locks on 1/30 and the aperture is calculated in function of the selected distance and flash guide number. 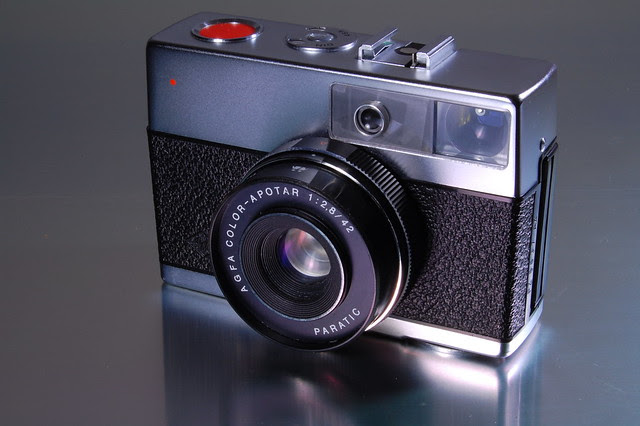 The silk screen impression displaying the model is long gone, only the orange dot endured the passing of time.
The viewfinder is collimated and the round window by it's side arbours the CdS cell.
The disk between the shutter release button and the accessory shoe is the film sensitivity dial, marked in ASA and DIN.

There is a black edition of this camera. The Sensor 200 and Silette LK are very closed related.

It's a very nice and compact camera, perfectly usable as you can see by the following shots, taken with it: 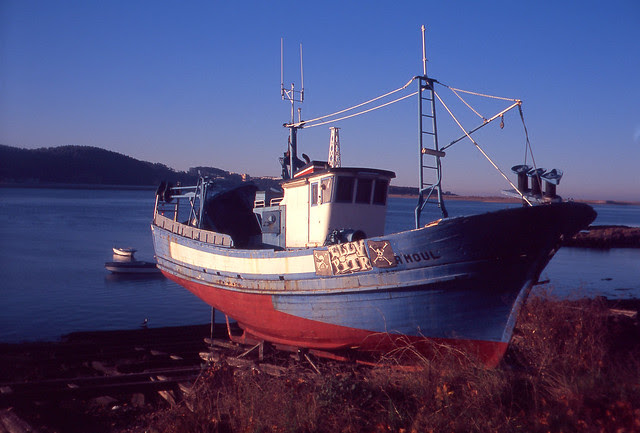 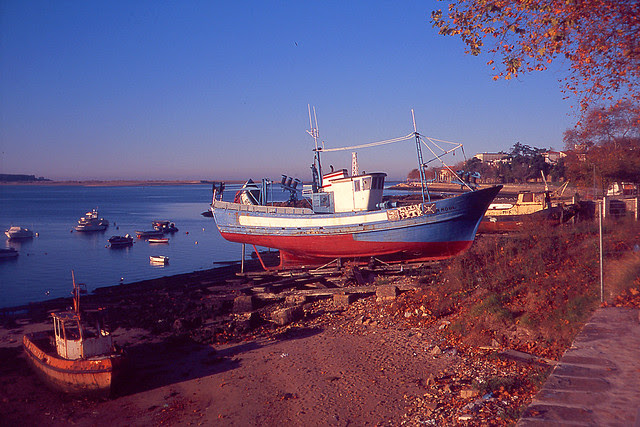