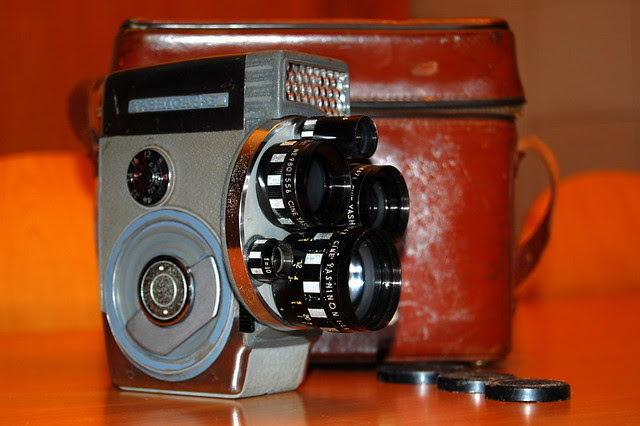 My brother-in-law, Mário Gamelas, is one of the top contributors of my collection.
I have several of his old cameras as tenants of the:

He bought this one in the early sixties, when he was an officer of the Portuguese army, serving in the former African and Indian colonies.

This is a Yashica 8-EIII, made in Japan around 1959.
It's a movie camera using 8 mm film.
It as three lens mounted in a revolving turret, with matching viewfinders:
Cine Yashinon  6.5, 10 and 25 mm, with an aperture range: f1.8 - f16 and three internal filters in the optical path: ND, C and H
The spring loaded motor delivers the following frame rates: single frame, 8, 12, 16, 24, 32 and 48 fps
The dimpled window, above the lens turret, houses a selenium light meter, still working. Two needles are displayed in the viewfinder, playing with the frame rate, aperture and filters one makes them coincide to achieve a correct exposure.
ASA range 10 - 80
Cast metal body covered with grey leatherette and some plates of stainless steel.

It is complete with lens covers and the leather bag. Mário told me he had a pistol grip too but, he lost track of it. 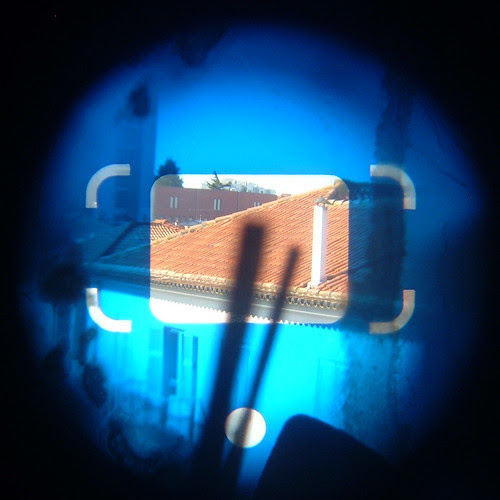 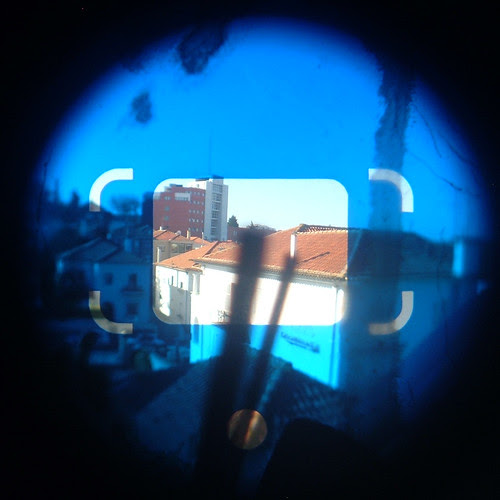 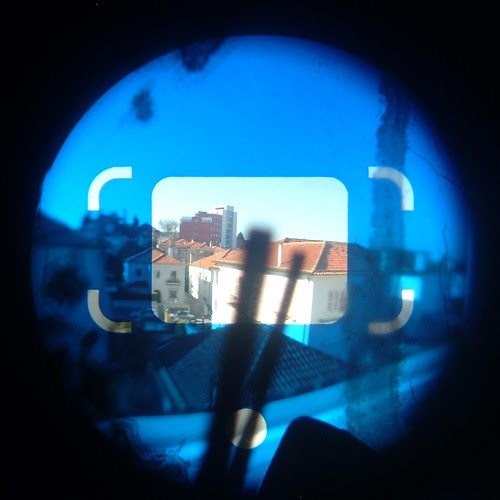 Some more pictures of the camera:

Everything is working, all I need now is some film for it.