Blindé is the French word for tank.
You just have to take a look at it, with the lens cover on, to understand the name.

These cameras were manufactured by a French company named M.I.O.M., Manufacture d'Isolants et d'Objets Moulés. It was a factory of insulators and plastic, Bakelite, cast materials.
The plastic casting allowed these streamlined designs.
The first of this series of blindé models saw the light of day in 1938. It was the Photax II that was made until 1947. The one I own is a model III, 1947-1951.

The lens cover, that doubles as shutter lock, must be turned 360º, CCW, until it clicks into place. 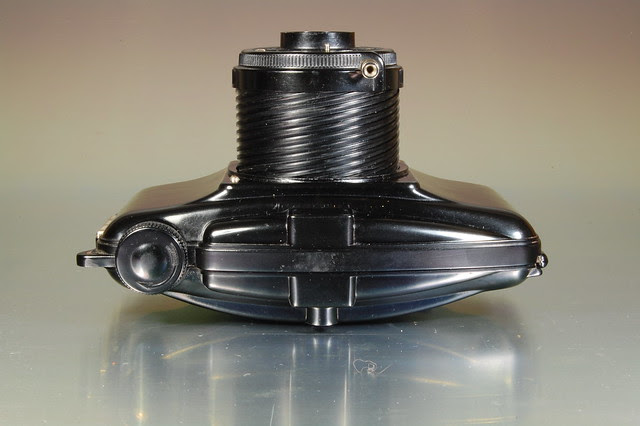 In doing this the camera is ready to take pictures, using it's Boyer Serie VIII, meniscus lens.
The focus is fixed from 2,75m to infinity. 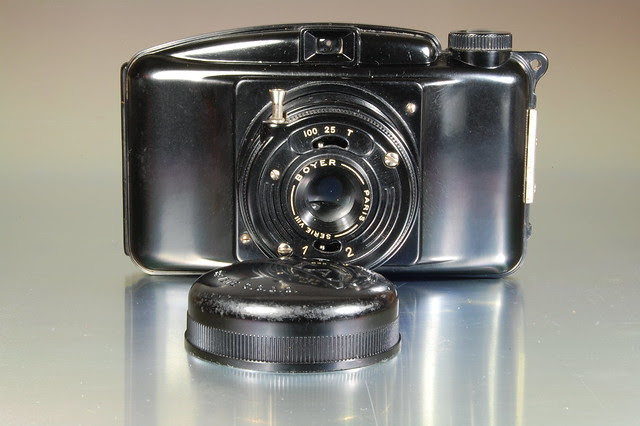 All the main controls are located in the lens board:
The shutter release, that acts the guillotine type shutter, due to its long travel, doesn't need to be pre-cocked, it all happens in a single movement, when we press it.
Shutter speed selector, the small lever above the lens. 1/100, 1/25 and T (B).
Under the lens, that lever with positions 1 and 2, selects the aperture. We have the choice of two masks, roughly corresponding to f8 and f11. 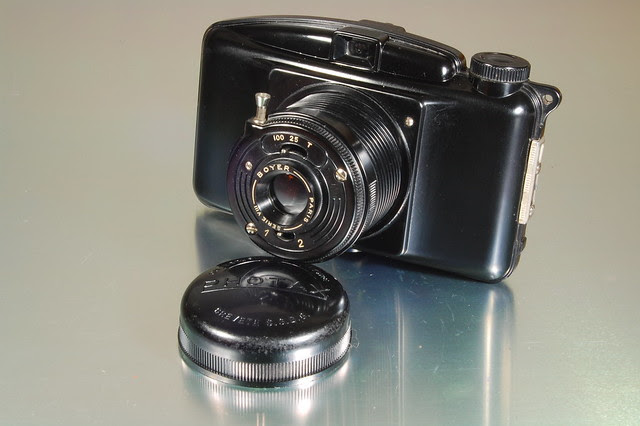 In the body there is a reverse Galilean viewfinder, the film advance knob and the camera back locks.

The removable camera back incorporates the red window, to monitor the advance of the film.

This camera uses the defunct 620 film. I use it with re-spooled 120 film. I have some 620 spools, they are a little shorter and the centre pole is significantly thinner. The film has the same dimensions, so it's an easy operation that I perform in a camera changing bag. 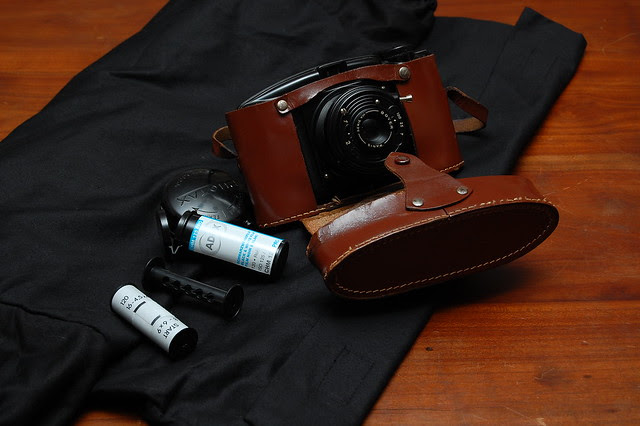 In the picture above you can see the re-spooled film and the empty 120 spool, by the camera and over the changing bag.

As I told you before this is a very simple camera, features wise, and a very nice piece of design.
I found it in a flea market and bought it without a second thought. 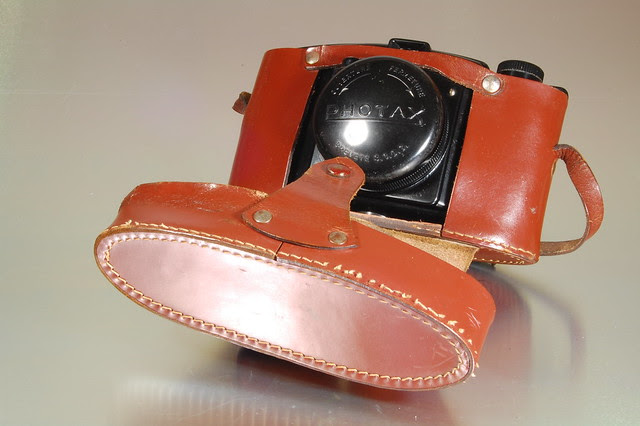 Would you resist it?

Although the lens is a simple meniscus the quality is surprising, especially on the centre, as you can see in the following pictures:

Photax III aka Blindé 1947-1951
Manufactured By M.I.O.M., Vitry-sur-Seine, France
Rollfilm Viewfinder camera
Viewfinder: Reversed Galilean
Lens: Boyer Serie VIII
Shutter: Guillotine shutter, cocked by the shutter release. 1/100, 1/25 and B
Apertures: f8 and f11, selectable masks
Focus: Fixed from 2,75m to infinity, when the helical lens barrel is turned 360º, CCW.
Film advance: by a round knob on the top left of the camera, monitored in a red window on the back
Film type: 620 film, eight 6x9 exposures per roll
Tripod bush: On the bottom centre
Brown leather camera case.