A gift from the other side of the big pond 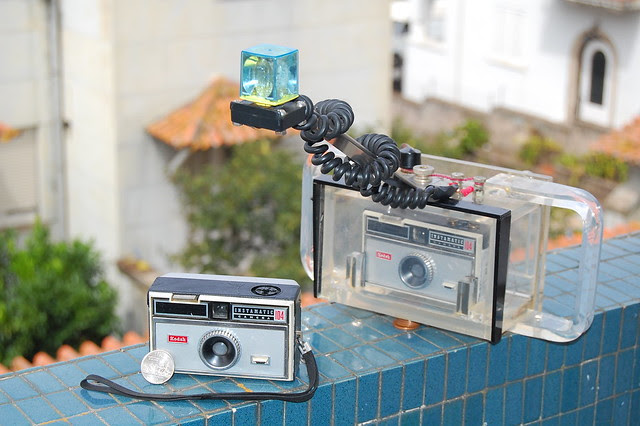 My friend Harry, from Tennessee, found this gem on a garage sale and decided to offer it to me.
The picture above was taken when it arrived.
Harry hadn't opened the enclosure but, he saw the white dust in the camera inside and decided to add another Instamatic 104 to substitute the one, eventually, damaged by the batteries acid.
I made some research and found an article on Popular Mechanics, June 1969, about water tight enclosures for Instamatic cameras, where this is mentioned and depicted as being a Dacor product.
This being said, we can nail it's production on late 1960's.

So this is a Dacor waterproof enclosure for a kodak Instamatic 104, probably it'll fit other Instamatic cameras of the same vintage.
The flashcube contraption is marked Ikelite, in the Popular Mechanics article it's pictured with a bulb flash.
Next step was to make a record of the initial state, that was quite good as you can see in the next shots:

Next came the scrubbing, under the kitchen tap using dish washing liquid and a sponge.
Polished the metal parts, and got new terminals to the flash connectors. 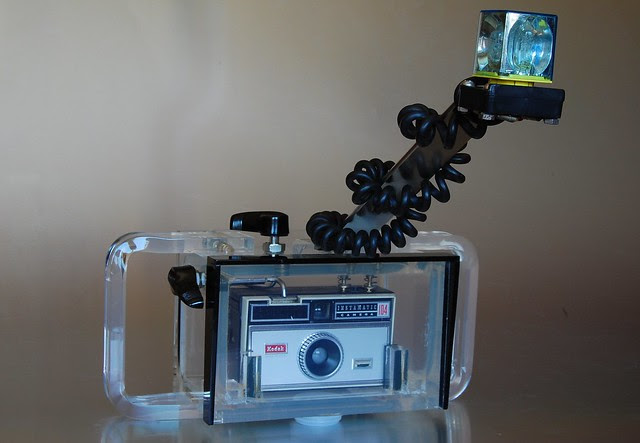 So here it is ready to use, or not yet, first I have to test it's water tightness, if it passes the test I have to hurdle some flash cubes and try one of my very, very expired Konica 126 cassettes.
Once again, thank you Harry.
Stay tuned (o;
Posted by RaúlM.