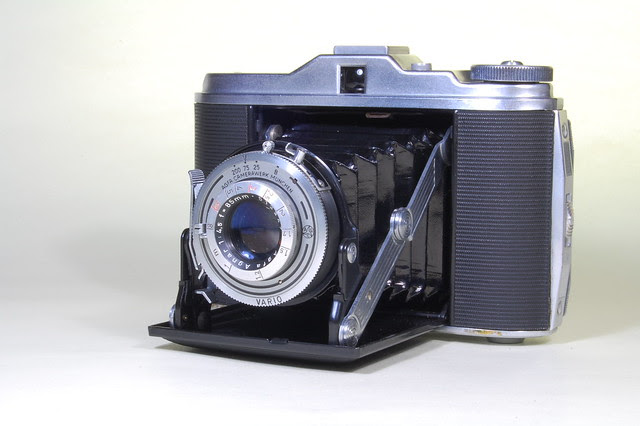 As I told you before: I'm a sucker for Isolettes.

This time I'm going to introduce you to my Isolette V. 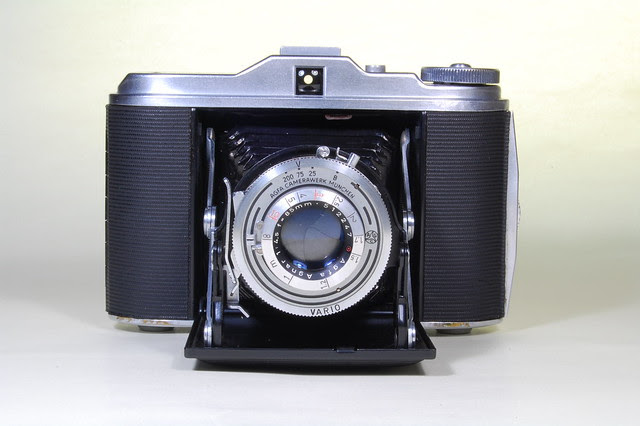 This one like some other cameras in my collection came from the *Bay.
At the time this one arrived home I had already three sisters of hers:
Isolette 4,5, Isolette III and Isolette II


This is a very nice example of an Isolette V.

Manufactured by Agfa Cameraverk München, around 1950
It's a folding bellows, auto erect camera.
The lens is an Agfa Agnar 4,5/85 on a three speed Vario shutter, by Gauthier (AGC):
1/25, 1/75, 1/200 sec. and B, with  flash synch.
It uses 120 film producing twelve 6 x 6 cm exposures per roll.
The film advance, using the round, knurled knob on the top left of the camera is controlled by a ruby window on the back door.
On the right strut, a button, marked as T, if pulled up, in the arrow direction, blocks the shutter release, and,  if the B position on the shutter is chosen, it gives time exposures.
The shutter release is that chromed tab by the shutter barrel, above the T button 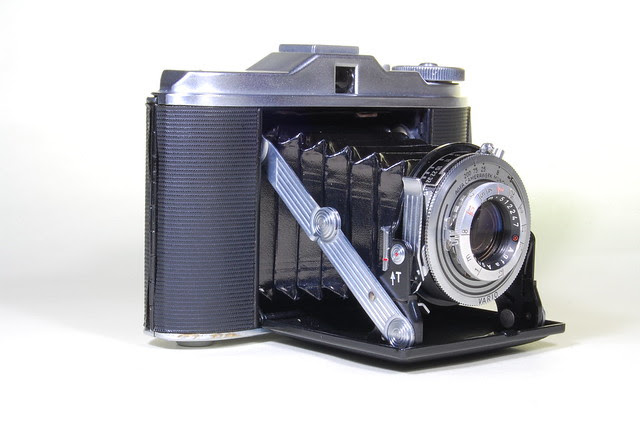 and not, as we might expect, the button on the top plate, that's the front door release. 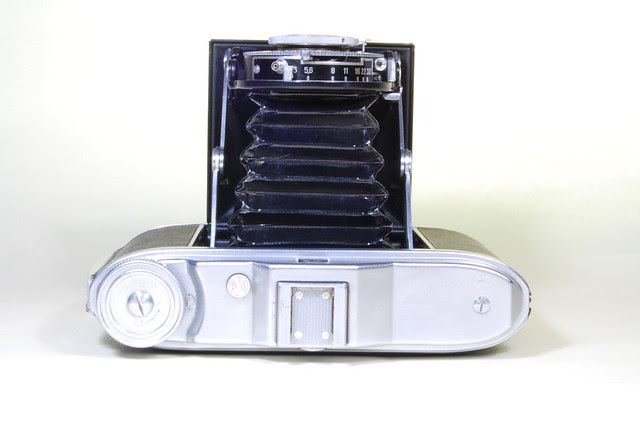 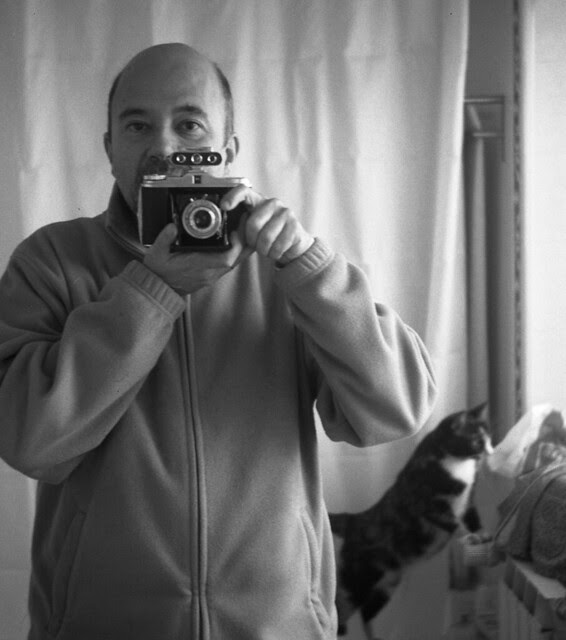 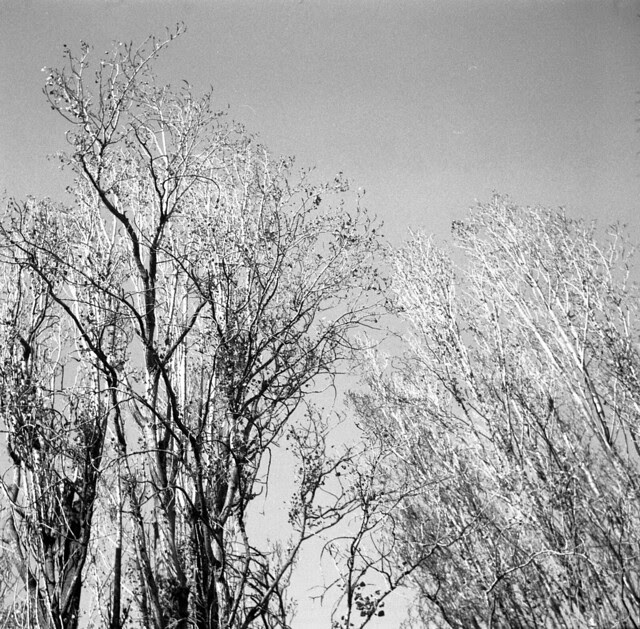 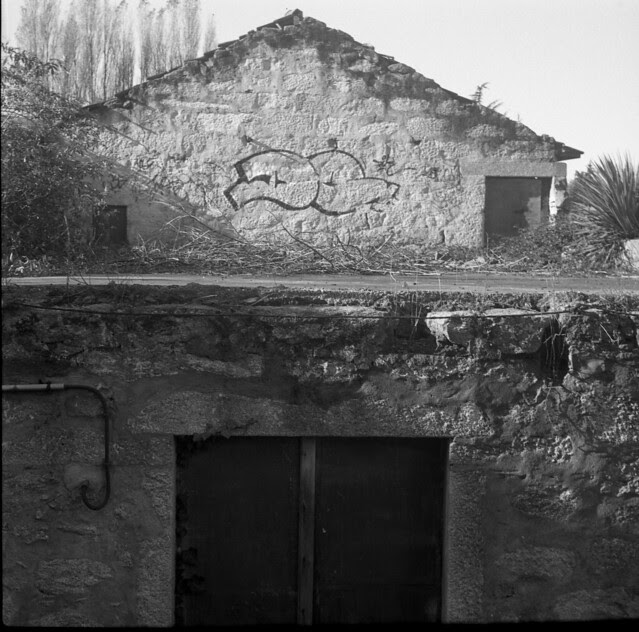