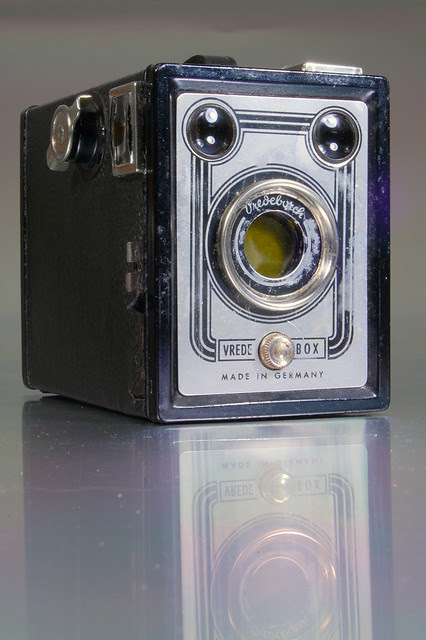 Vredeborch manufactured a large number of models of this Vrede Box with very small differences:
Some with or without the yellow filter, self-timer or flash synchro socket. Some had the handle positioned in the center of the top panel others transversely. The same with the film advance by a round knurled knob or by a key. Also in colors, besides black there was some green and others red.
The lens were unmarked or marked as "Standard Menis 49" or "Paloma Menis" 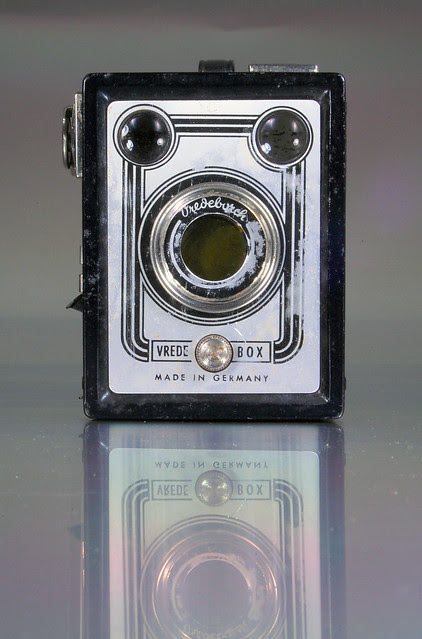 This camera was a gift from my great late friend Vitor Rodrigues (1962-2009).
He offered me this camera, a Kodak Vigilant Junior six-20 and a Canon A-1. 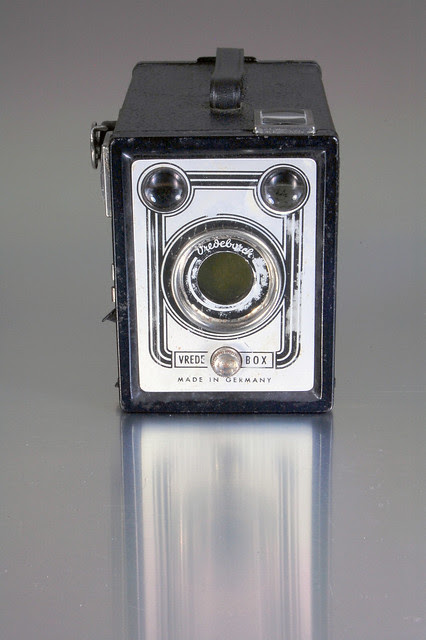 I was called to the attention by a Dutch friend that the name "Vrede" means "Peace" in the Dutch language.
It's funny and I don't believe it's a coincidence: one of the lens names was "Paloma" that means dove in Spanish.

Edit - A reader asked me how does it work, as I think that the answer might help other readers here it is:

Open the back, pull out the film advance knob, remove the film camera box, load a roll of 120 film, put the film camera back, push the film advance knob back to place, close the back door, monitoring the film advance, with the little red window, advance it until you see the figure one.Now you have some choices to make:There is a round knob under the lens when you turn it you interpose or remove a yellow filter in the optical path, useful if you use black and white film.Above the shutter release there are two sliders, the top one controls the aperture: out = f16, in f11.The one under it controls the shutter: out = B (it remains open as long as you keep the shutter release pressed) in = 1/30 of a second exposure.After you take the first shot, turn the film advance knob until you see the figure 2 in the red window, repeat this procedure until you reach the 8, after that turn it until there is no tension, remove the film the same way you loaded it.I advise you to try all the controls before loading film to it to check if everything is working and get used to them, film is expensive. 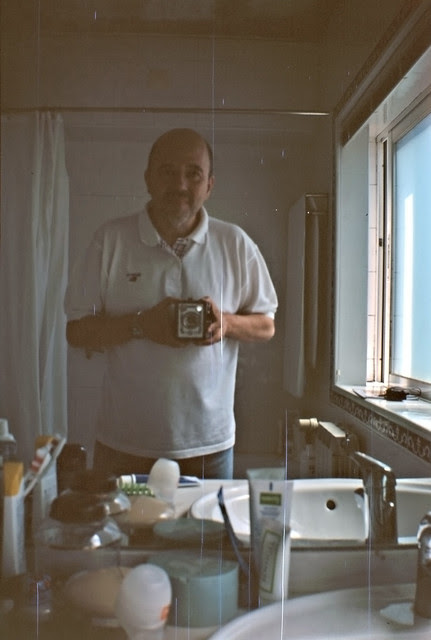 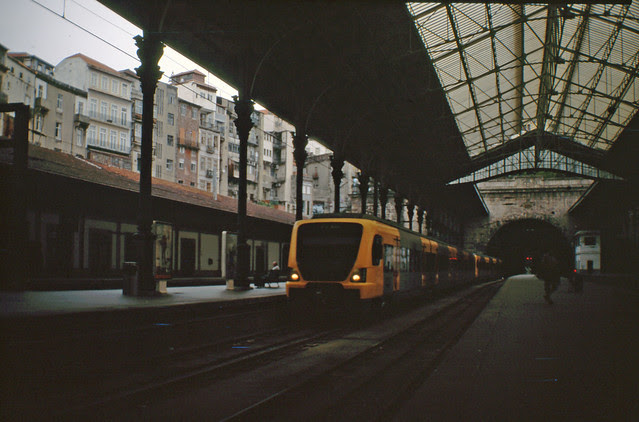 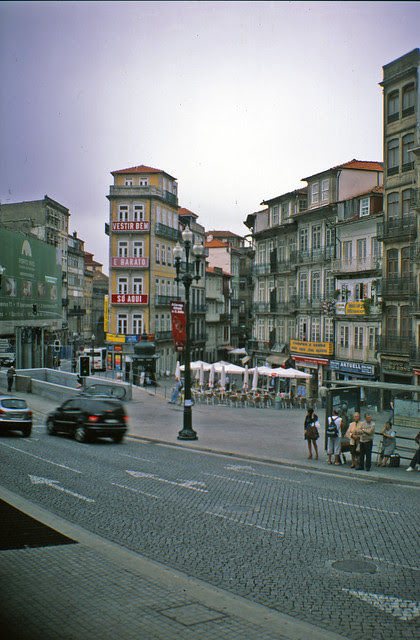