I'm a sucker for Isolettes.

This been said let's talk about the Isolette II. 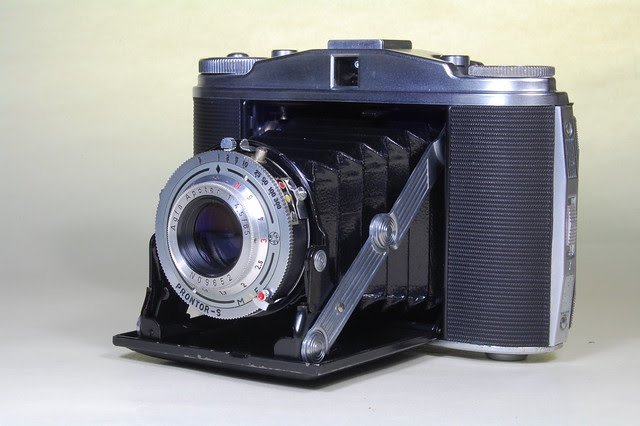 At this point I decided to have in my collection one example of each model, which I latter found it was an Herculean task, there are so many variations of each model, not counting the mix-match of shutters and lenses performed by camera repairman, that nobody could, until now, give me an exhaustive list of all Isolettes.

So my objective became more reasonable: I still want one representative of each model, not minding about the shutter/lens combination or the different top/bottom plates. 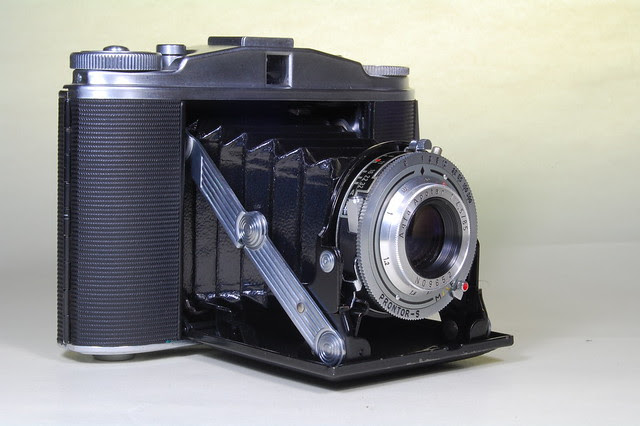 This is a very clean example of an Isolette II.
Manufactured by Agfa around 1950
It's a folding bellows, auto erect camera.
The lens is an Agfa Apotar 4,5/85 on a eight speed Prontor-S shutter, by Gauthier:
1 - 1/300 and B, flash synch and self-timer.
It uses 120 film producing twelve 6 x 6 cm exposures per roll.
The film advance, using the round, knurled knob on the top right of the camera is controlled by a ruby window on the back door, protected by a metal blind.
It prevents double exposure by blocking the shutter release, until the film is advanced.
There is a DOF calculator on the left top knob.
On the back a lever, marked as T, blocks the shutter release, if the B position, on the shutter, is chosen it gives time exposures. 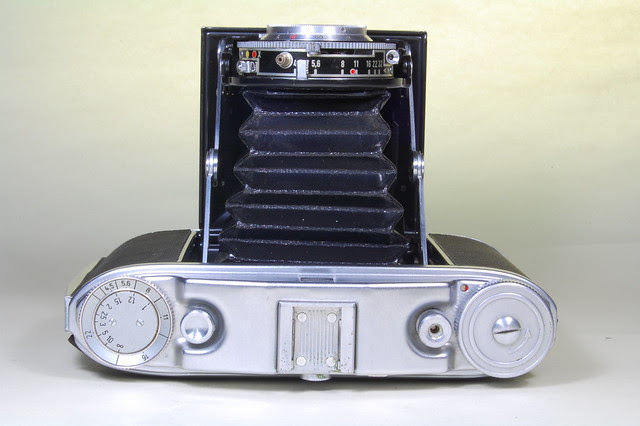 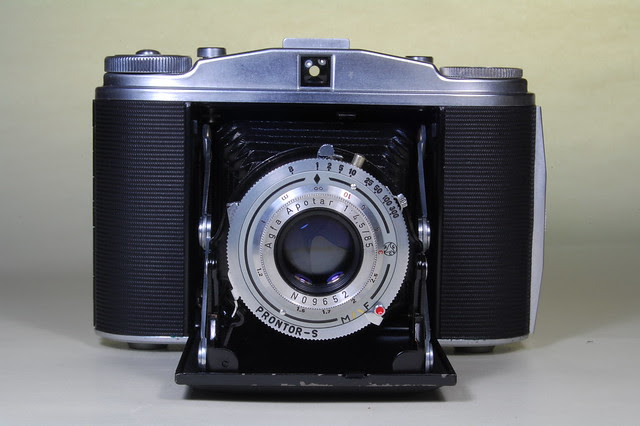 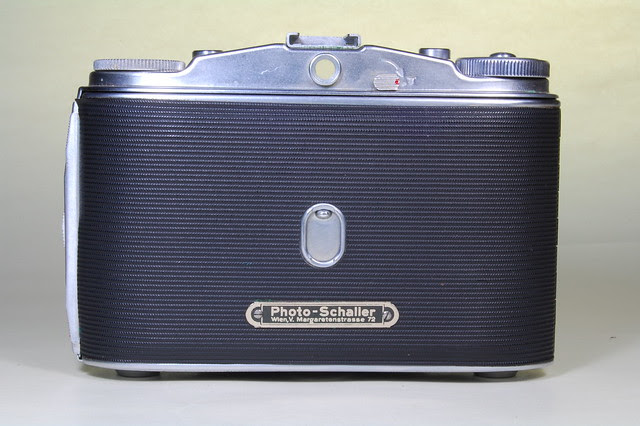 I consider a bonus this plaque, on the back door, from the photo-shop that originally sold it:

This camera is a pleasure to use, and as many folding cameras allows me to always carry a medium format on my pocket.

I have taken some pictures with it that I particularly like: 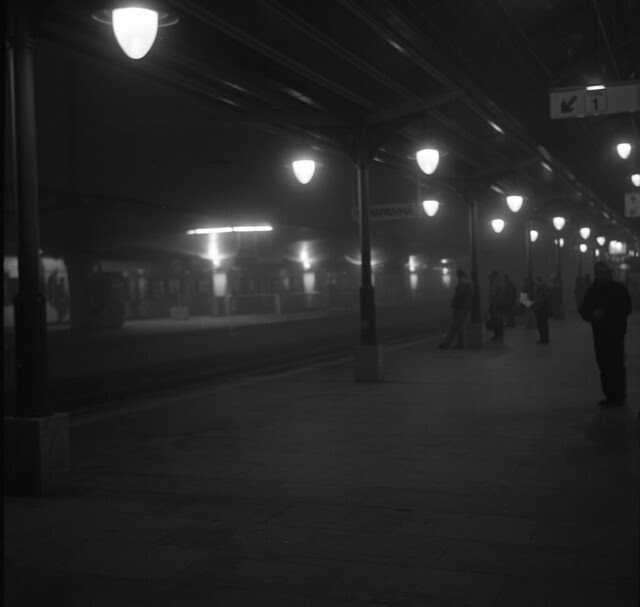 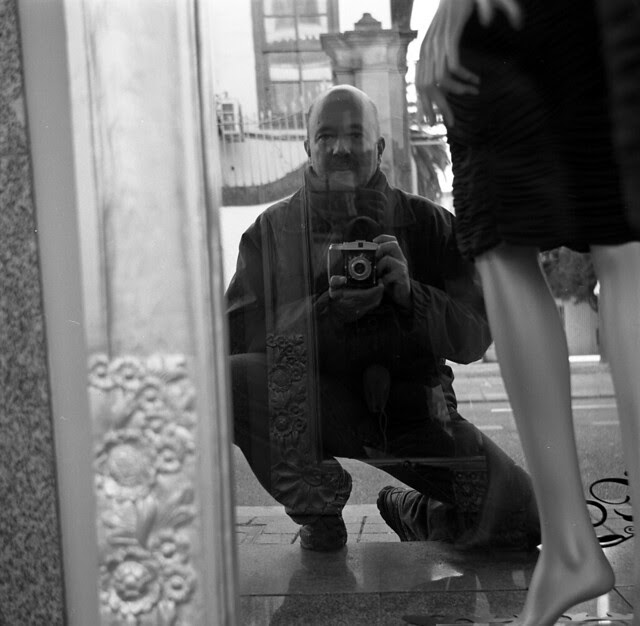 You can find more examples on this Flickr set.