My history with Nikon 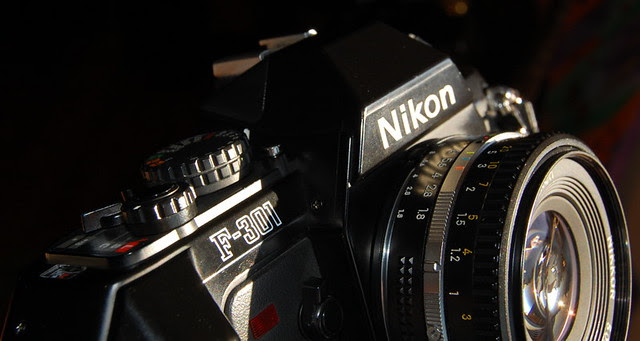 If I go way back, to my four or five years old, when I first got acquainted with a SLR, I decided, that when I grew up that was the kind of camera for me.
It was a Pentax Spotmatic, brought from Angola, by my uncle Jorge Sá Dantas, that went there to fight in the war against independist forces.
Let me remind you that Portugal, at the time, had several colonies in Africa, Angola was one of those and the independence war started in 1961, the year I was born, and lasted until 1974, the year of the Portuguese revolution for democracy.  April 25 1974 aka the carnation revolution.
After the revolution all the colonies were given their independence.

So the type of camera was decided, about the brand I was leaning towards the Pentax, my uncle Jorge has been always a role model for me, so that was natural.

The time went on and I had my father's Halina X35 Super, that suited me all right.
I liked photography but the money was short and I had other hobbies, like the spear-fishing, that consumed all that I could make.

I started working at twenty one and my financial situation improved somewhat.
It was the right moment to think about photography with a renewed interest.
After the revolution Portugal had privileged relations with the eastern countries, especially with the Soviet Union, so it was very easy and fairly cheap to get a Zenit camera.
That was my first SLR a Zenit-E.

It was a very nice camera and a SLR but, at that time my mind was clear already about what I wanted:
A Nikon.
That came from the time I spent with a very good friend of the family and a famous architecture photographer Luís Ferreira Alves, who used to be a confess Nikonist.

As soon as I was able I bought a used Nikon EL2: 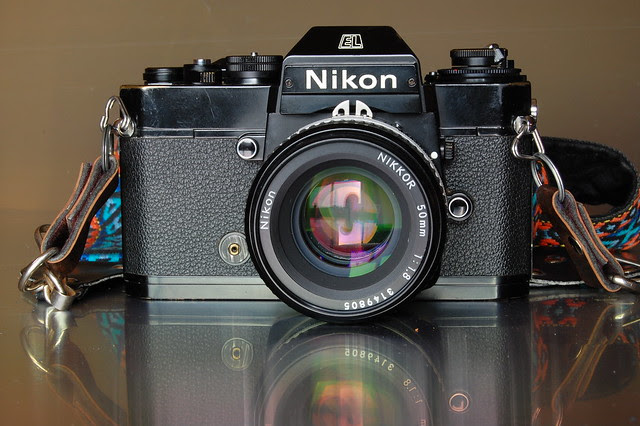 It was beautiful, with a 28mm 1:2.8 Series E lens. As soon as I was able I bought a Nikkor 50mm 1:1.4.
All went very well until it developed, a known issue with these cameras, the jumping light meter needle.
The guy who originally sold it, took it back and refunded the money.

I was in need of a new wet suit, so a new Nikon was out of the question.
Therefore I went back to Zenit, that left a soft spot for them, that was a camera that, if not my first choice, I could always afford. This time was a Zenit XP12.

I was only able to buy another Nikon a few years latter, in 1989.
I went on a business trip to Düsseldorf, having a plane change, on the way back, at Schiphol Amsterdam Airport. Its duty free was the Mecca of all the photo and electronics buyers, at the time.
In there I bought two Nikon F-301 kits, with the pancake 50mm 1:1.8 Nikkor lens. One for me and the other to my friend Berto Pinto. 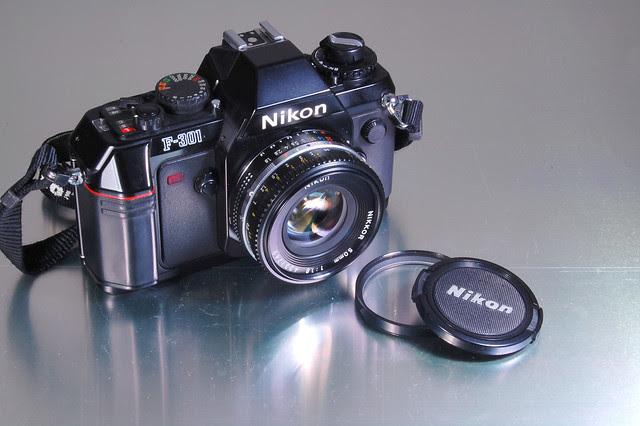 Even being duty free material I could have problems with the discretionary customs authorities, so I went to the bathroom, got rid of the boxes, hanged one of them from my neck and squeezed the other one in to my hard plastic Samsonite briefcase.
All done I had some time to spare. I was seating in the airport lounge when I recalled that I had a few Dutch coins in my briefcase. When I tried to open it one of the latches wouldn't budge. So I used the best technique to repair anything: kick it hard. With no avail and some neck turning around me. I gave up and spent my trip to Porto thinking of what to do if the customs officials asked me to open it.
Arrived to Porto I passed through the "Nothing to declare" section and only stopped at home, where the latch opened, with the slightest of the pressures.

My daughter was born in 1991, it was hard to use this kit and my good friend Mário Azevedo had an Olympus IS2-DLX but was urging to buy a Nikon, so we traded photo gear bags.
I was Nikonless once more. 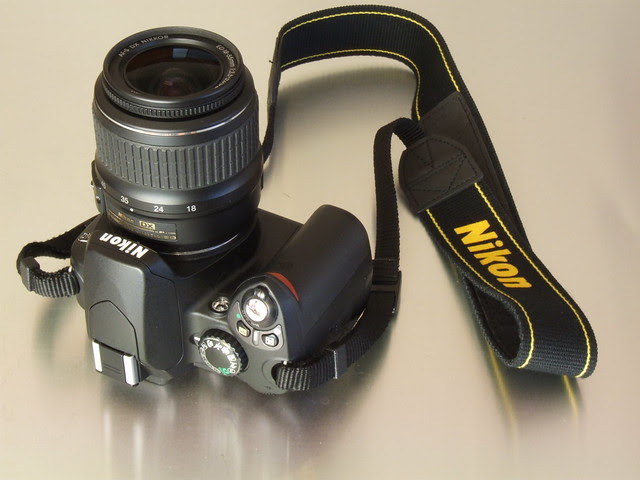 This was the kick start of my collection, just after I started my camera collection, my uncle Jorge gave me two Nikon SLR, a F-601 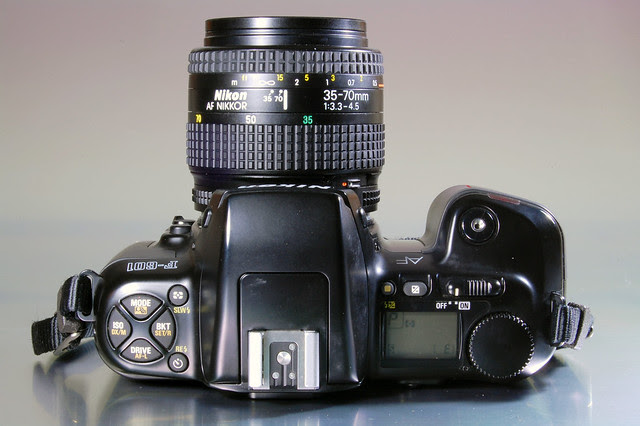 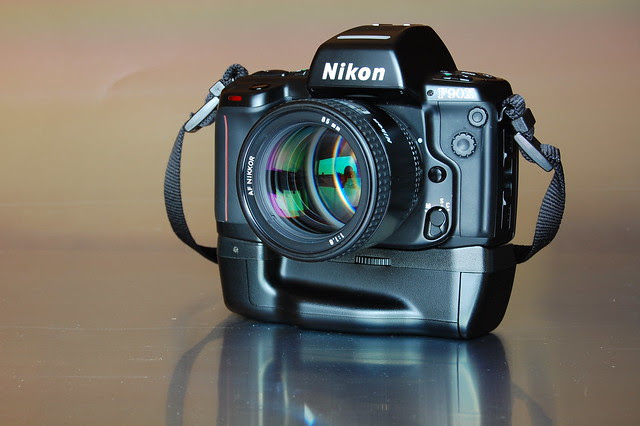 Then I bought a few more: 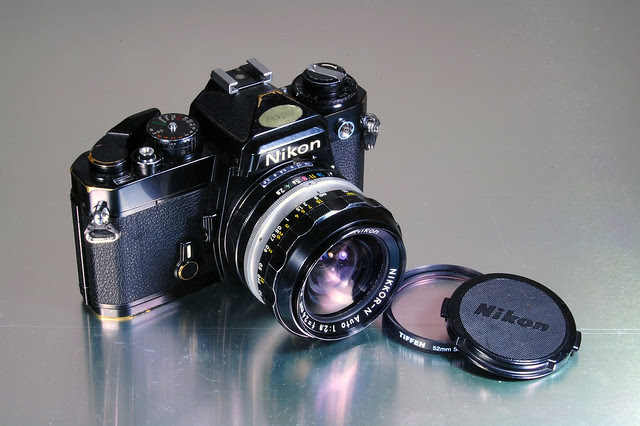 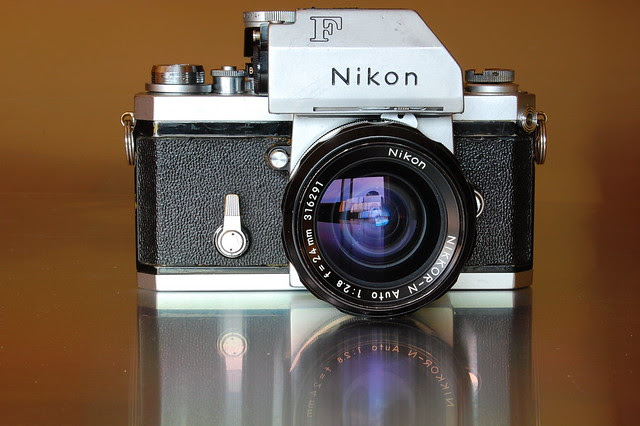 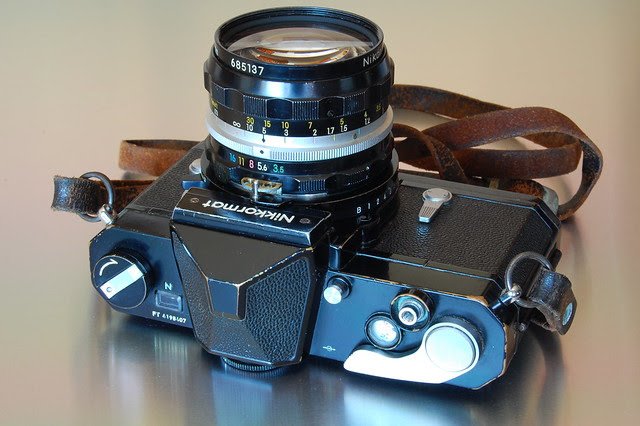 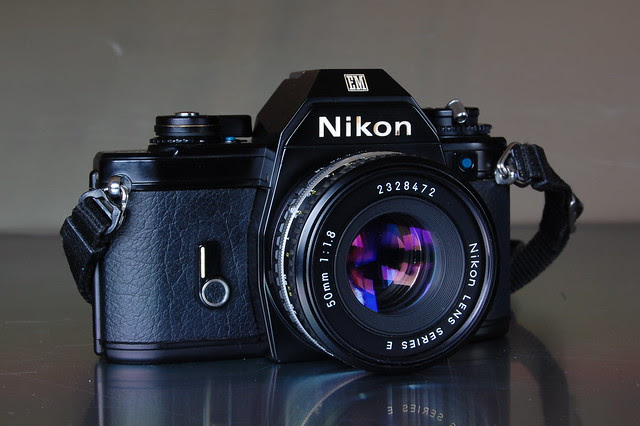 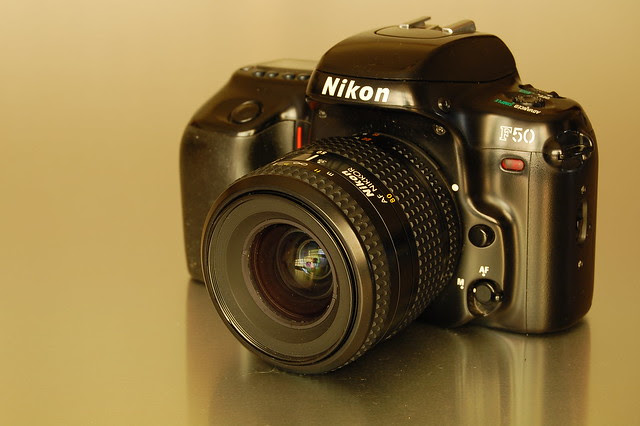 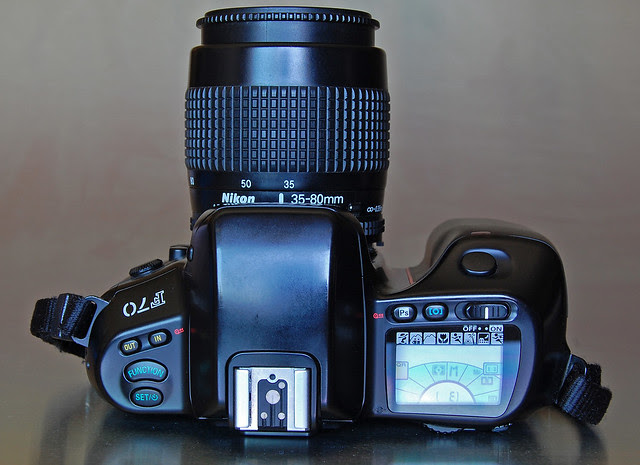 and at last but not the least, the F2 with Photomic DP-1 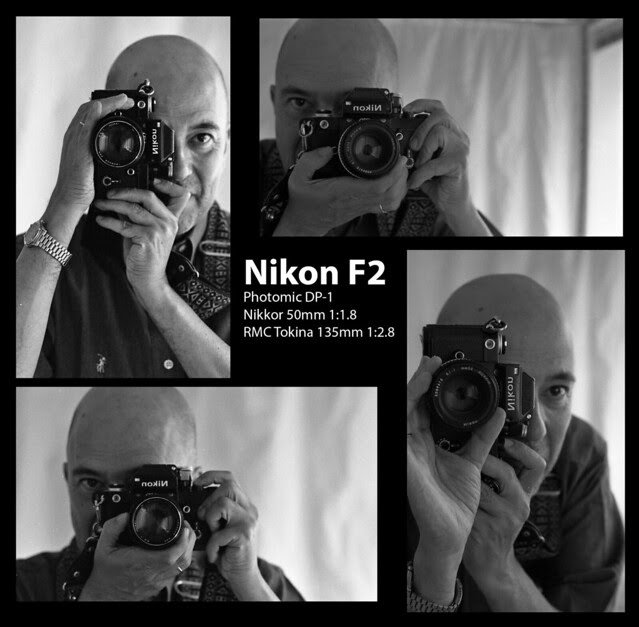 I have some Nikon glass to go with them 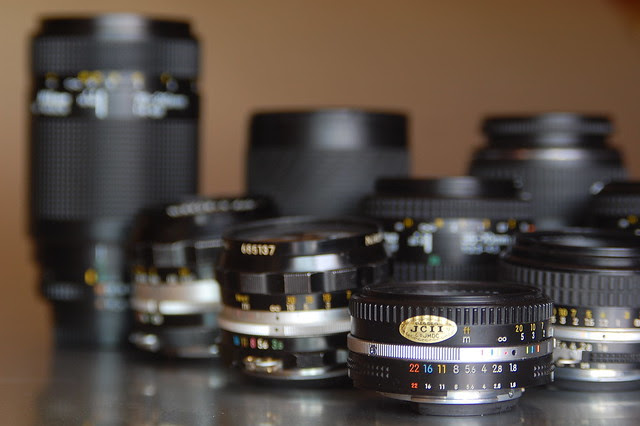 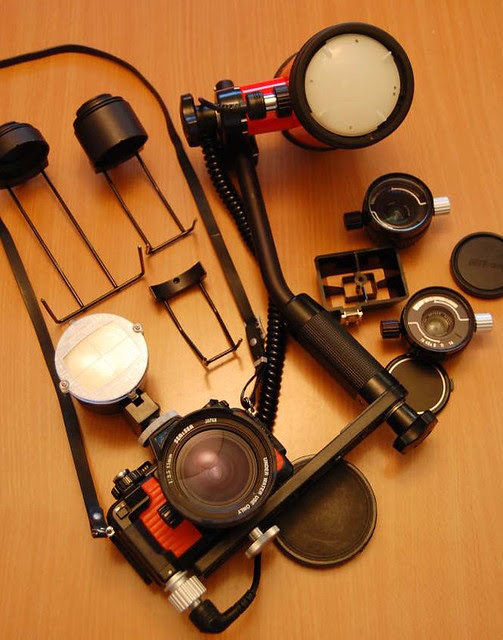 I also have a few compacts but my long passion is for the Nikon SLR.

I hope that in due time more sisters will come to join them at the party.