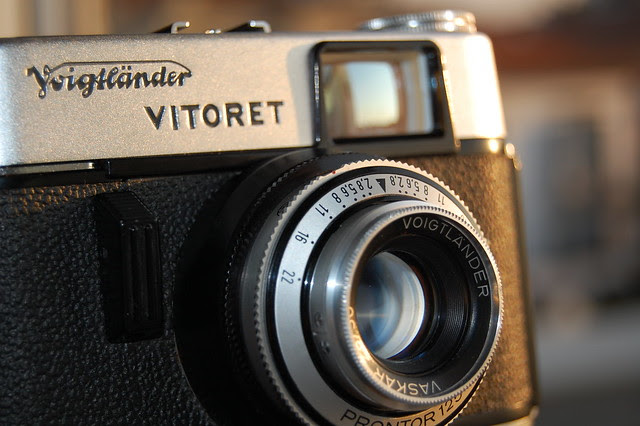 This was the first 35 mm Voigtländer camera in my collection. I bought it in October 2008, at a flea market.

Started by removing the top, give it a light wipe with lighter fluid and a thorough clean to the, very dirty, viewfinder: 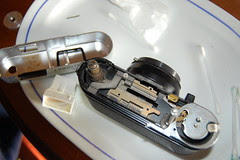 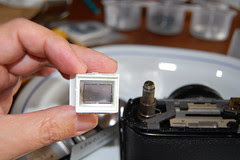 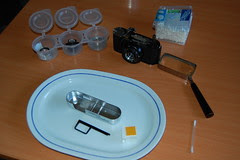 Next came the shutter and lens.

After a thorough clean, it was time to reassemble it all: 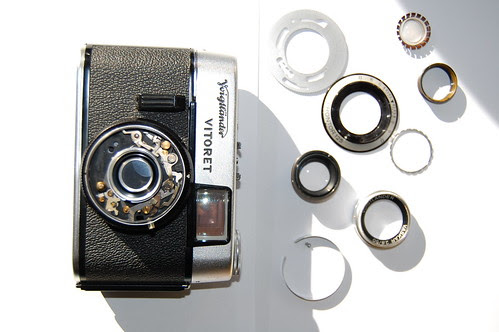 First the mid lens, followed by it's retainer ring: 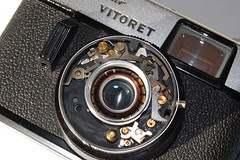 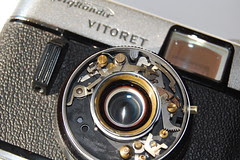 The shutter speed ring and the shutter dust guard, with the depth of field marks: 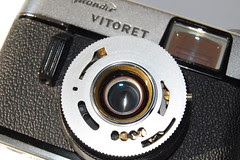 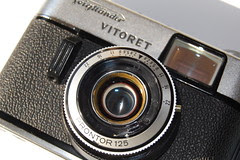 The scalloped retainer ring and the front lens: 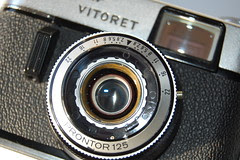 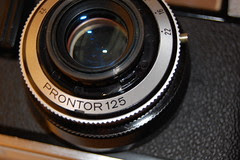 And finally the focus ring: 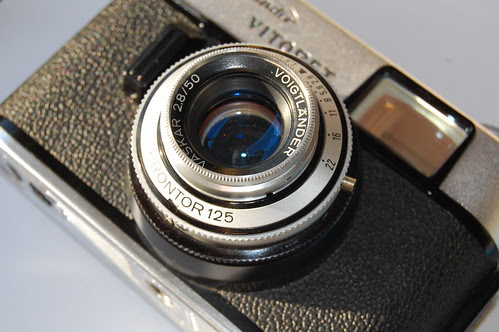 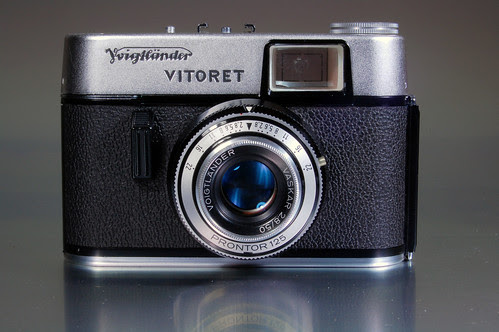 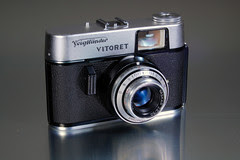 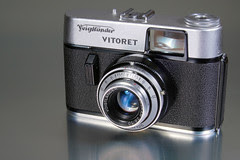 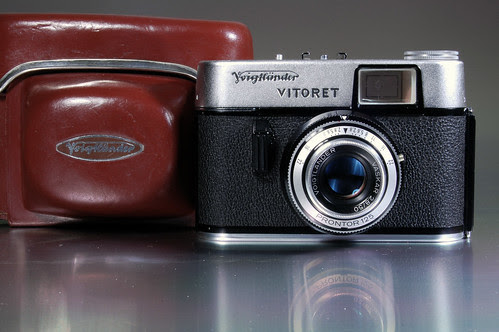 It was an entry level camera based on the Vito line.
This was the most basic of a large family, manufactured by Voigtländer  Sohn AG, at Braunschweig, in the former West Germany, during the 1960's.

Compact simple viewfinder type
Vaskar 2.8/50 lens on a three speed, central leaf shutter by Gauthier (AGC), Prontor 125 shutter, 1/30, 1/60, 1/125 and B, with flash sync.
Film advance by a flushed lever that also cocks the winder
The best feature is the very big and bright viewfinder, provided with bright framing lines
The rewind release is located on the top plate, where you would expect to find the shutter release. The rewind is made using the knurled knob on the left of the top plate.
The shutter release is located on the front right, by the lens barrel, a remote cable can be attached to the bottom of it.
It has a film counter on the bottom plate, manual reset.
You can find it's manual at Mike Butkus' Orphan cameras 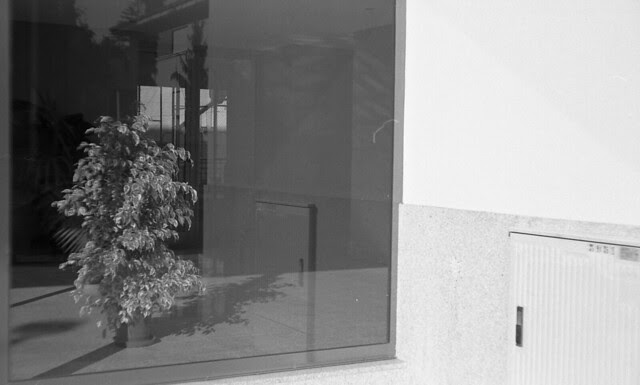 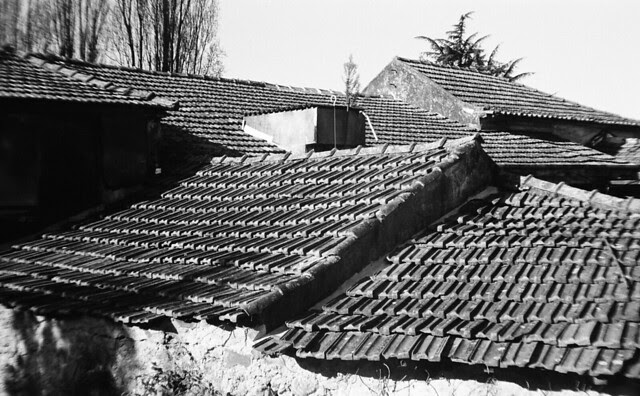 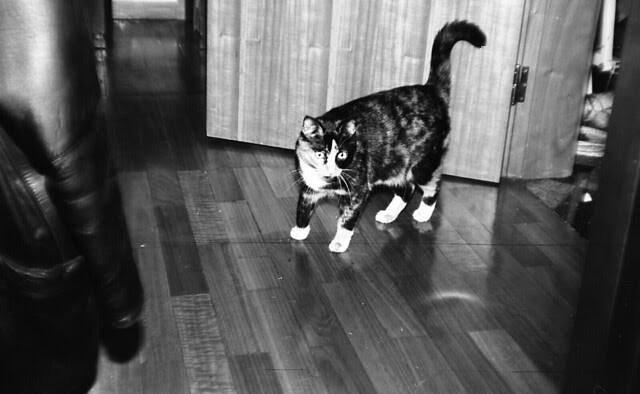 In these shots and the ones on the respective Flickr set you may notice some blur in the corners.
This was due to an incorrect assembly of the middle lens, during the CLA. Meaning that the A part (adjust) didn't go very well, I know that I checked the focus but, just in the middle and it was fine, for all distances.
I corrected the situation, checked it in the corners and it's good I just haven't tested it with film yet.