Last Saturday, as usual, I went to a local flea market and bought a fine set.

An Adox Golf camera with an Agfalux flash and a Bilora tripod.
What immediately attracted my attention was the flash, in perfect condition, folding and unfolding nicely, the only damage were some unglued corners of the leatherette, easily fixed, the tripod was very nice too.
The camera was fine with some little signs of rust in the front door, but nothing of concern. The shutter was working fine, even the self timer and focusing ring smooth.

The price was fair and I took the set home, together with a few more items unimportant to this story. 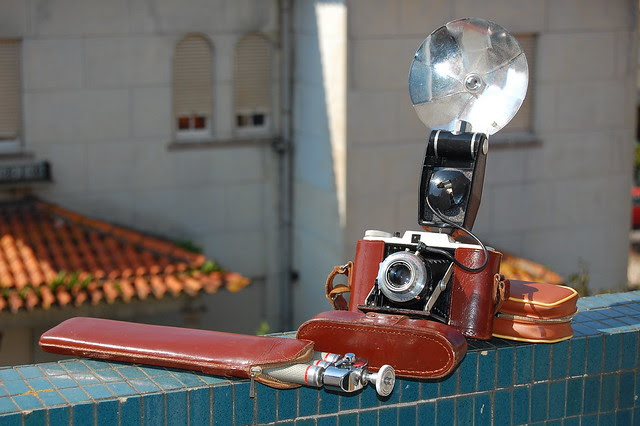 Also, as usual, I went to my room's balcony to take a register shot of the catch.

When I was propping the camera, with the flash attached to it, for a moment, I thought it could be a  bad idea but, I tucked the flash case behind the camera and I found it solid.

I took the picture, that you can see above, another one with a different angle and I turned around to pick another item that I wanted to include in the next shot when I heard a loud crashing sound... two floors under on a hard cement driveway...yes, it was my beautiful camera with the precious flash. 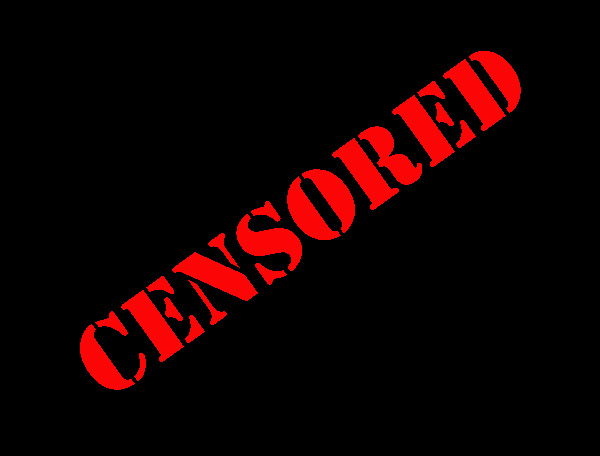 Above is the picture of what happened. This is if I had taken it, what didn't occurred me at the time.

What I saw was dismaying, the flash shoe was still attached to the camera but the head was quite far away, the front door, of the camera, was separated from the body, the struts bent.
My thought was:


I ran downstairs and the scene wasn't much different than what I saw from above, maybe worst.

Took the sorry remains up and made a damage assessment:

Flash:
It was missing a piece of plastic, from the  base, the reflector, the most fragile part of it, was undamaged and the braking edges where clean, so eventually repairable, if I found the missing piece.

Camera:
This guys knew how to build sturdy cameras, although there were some bent parts, it looked possible to, at least, turn it to a display item.
The leather case absorbed a big part of the impact and, I think, the parachute effect of the flash reflector, minimised it as well.
Anyway the front door was ripped from the body, the struts folded, the lens board askew, the same for the back door and its latch was severally bent, the door was forced open on the impact.

I found the missing piece of the flash, on top of the dividing wall of the driveways, pure luck.

After lunch I rolled my sleeves, a form of expression, as it was about 30º C, and started, unbending, glueing reassembling...

At the end of the day I was able to show you this: 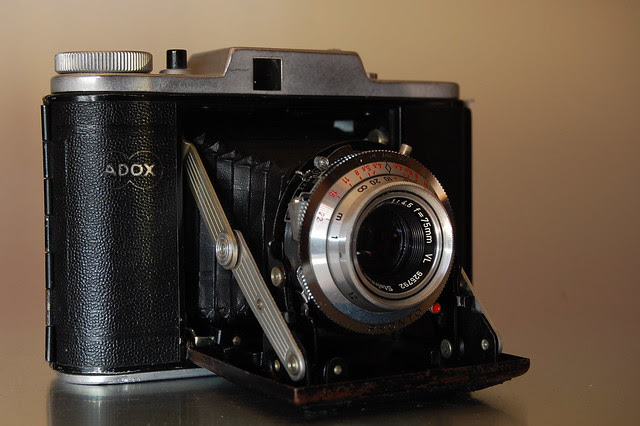 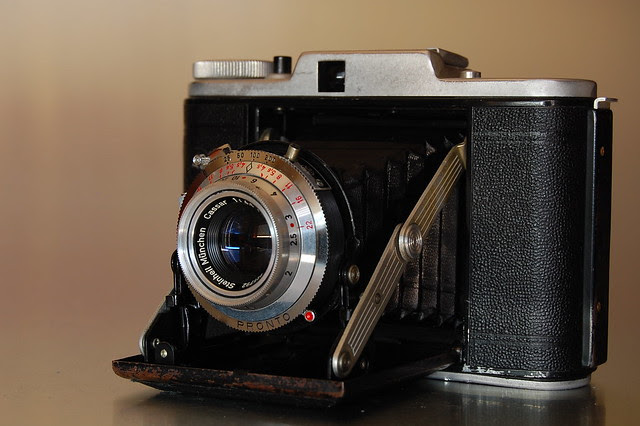 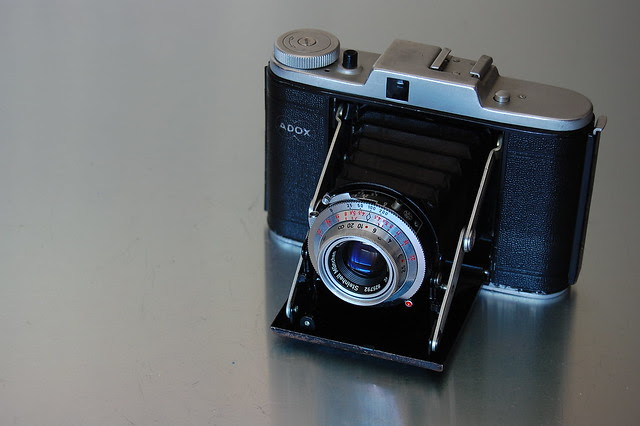 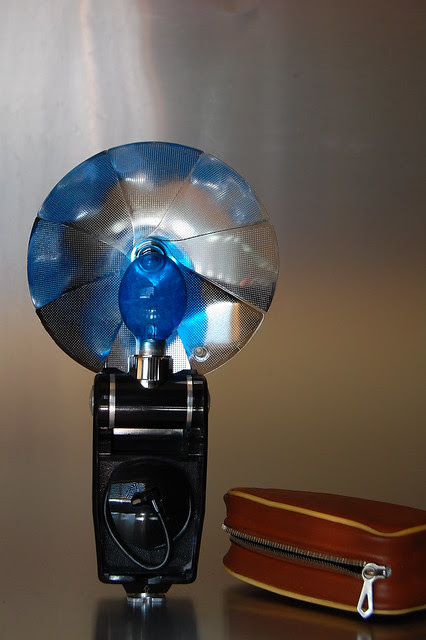 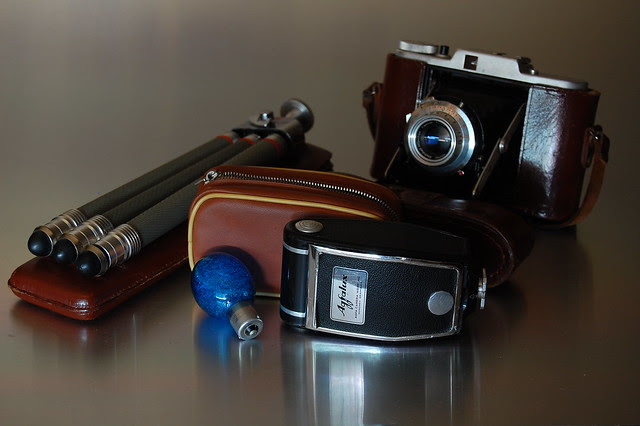 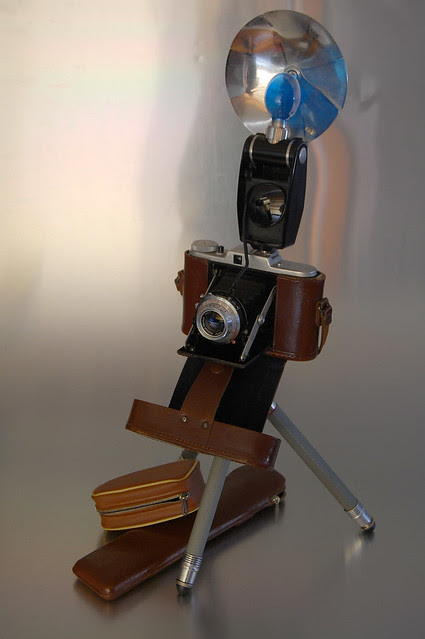 I can't assure you that the flash works, I don't have a 22.5 V battery to test it but, the camera is mechanically sound, the front door snaps open, closes effortlessly, the back door catch springily opening and locking effortlessly. Fine tuned the focus scale, loaded it with film and yesterday morning, an holiday in Portugal, the 101 anniversary of the Republic Implementation, I went with my wife to a small excursion up the river Douro, were I took some of the following pictures: 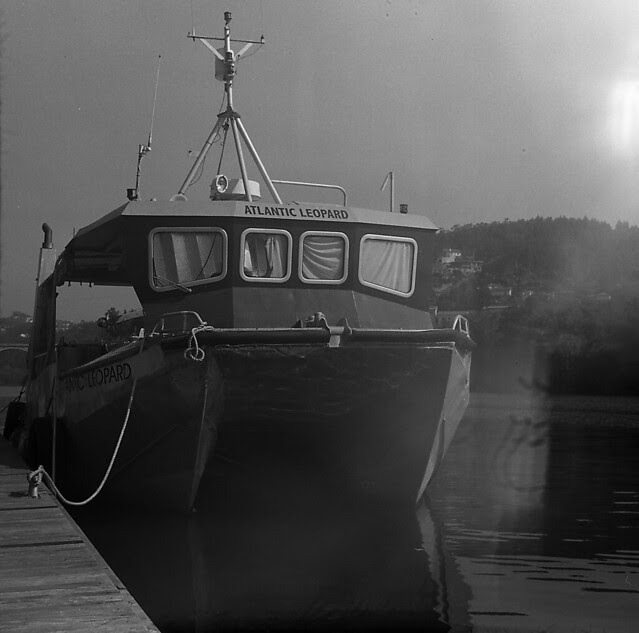 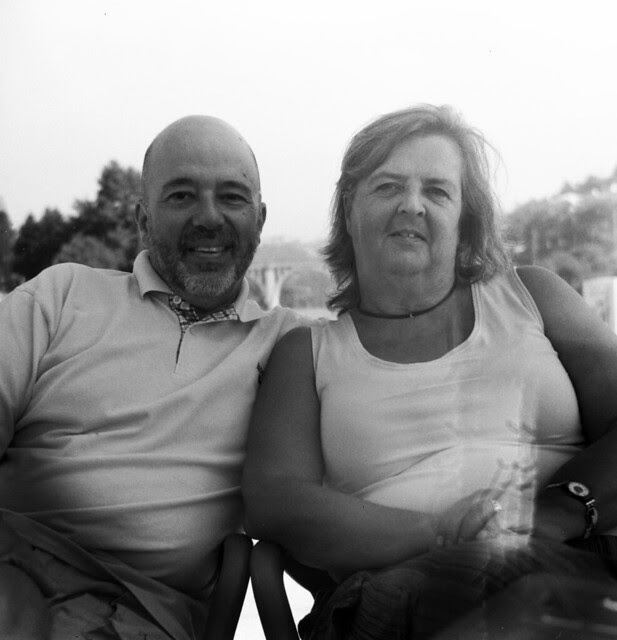 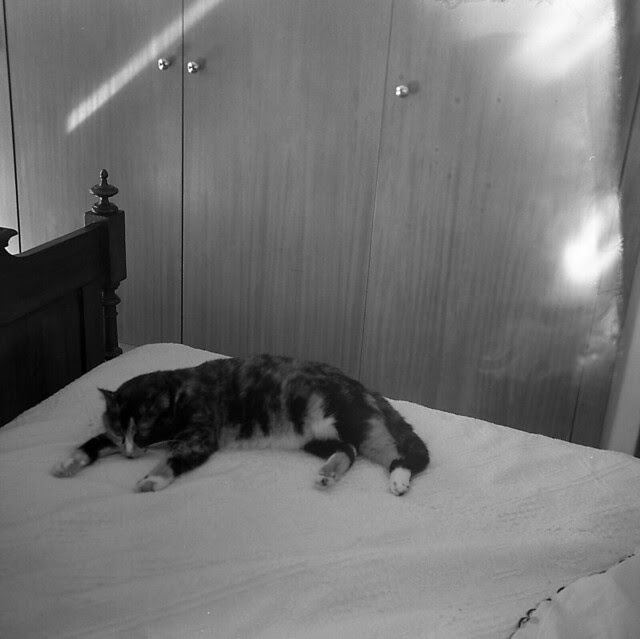 As you have noticed I forgot to check the bellows light tightness. I only did it after the processing of the film, it has a pinhole in many of the bellows corners. I can't say if they were there already or if they where a consequence of the fall and consequent forced positions during the reassembly.

At least I'm glad that the picture to my set I, me and my cameras is free of flare: 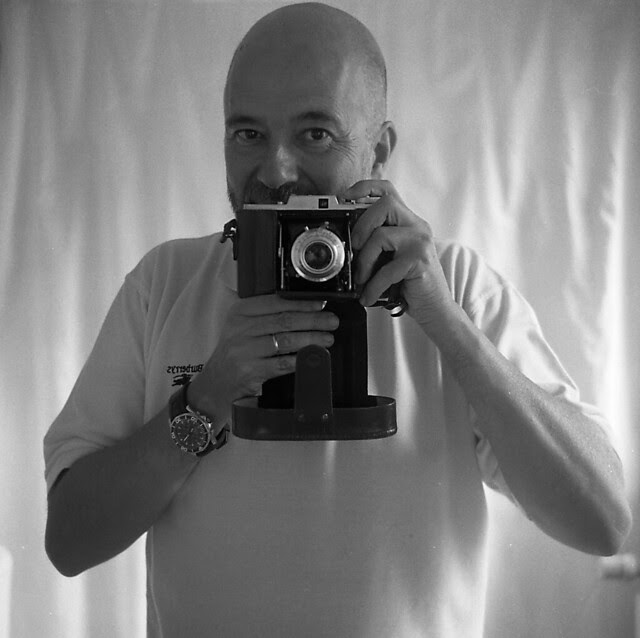