When I started this blog it was my intention to write an article a day about my cameras.
Later it proved very hard, due maybe, to the excessive elaboration of some of the articles.

What I am planing now is to go forward with that initial intention in the following format:
A post a day about one of my cameras using the chronological order of their acquisition.
Not a very elaborate article, just some shots of the camera, a brief description of its features and, if possible, some shots taken with it.

That doesn't mean that I'm going to stop with those more elaborate posts, they will show up as "special issues".

So I'm starting with my first camera: 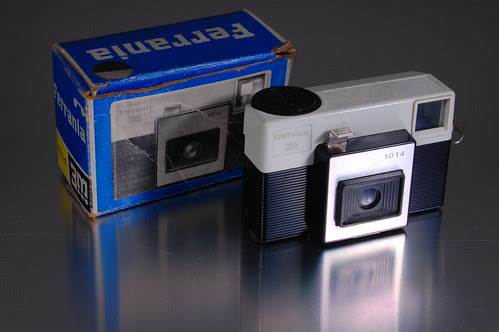 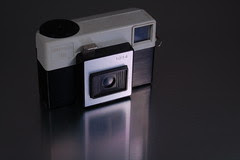 This camera was made in Italy by Ferrania in 1973. Ferrania was bought by 3M in 1964, what explains the inclusion of 3M on its name.
Features:
This was my first camera and a present from my aunt and godmother Ana Maria on my 12th birthday.