All work and no play makes Jack a dull boy

That's what happened to me last Sunday.
I was like Jack, restless and with, not cabin but, camera fever.

Leonor, my wife, was not feeling well, afterwards on Tuesday she had her gallbladder removed.

So I was at home and wanting to take some shots and decided to use my Graflex Speed Graphic but, I decided to use photo paper instead of film , inspired in a work of my friend unexposed.

So I dug up my grandfather's, recently repaired, portable typewriter: 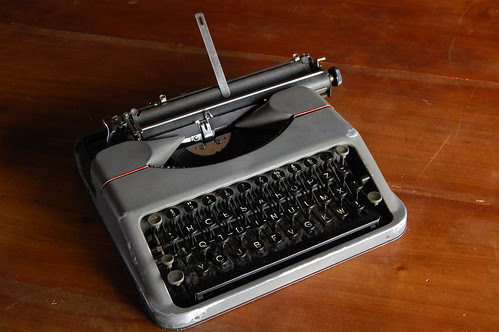 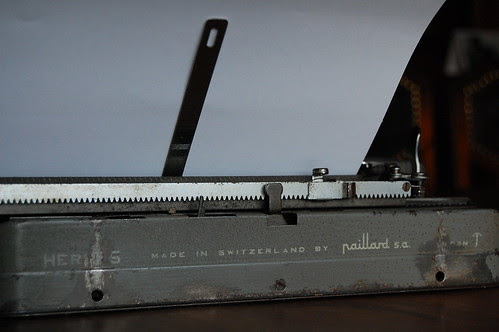 As you can see in its back it's an Hermes Baby, made in Switzerland by Paillard S. A.
My mother was about ten years old, in 1950, when my grandfather bought it, she distinctly remembers that day, when her father arrived home very proud of his acquisition.
My grandmother gave it to me when I was a kid. Time and I had not been very good to it and a few months ago I had it repaired.
So I prepared the set: 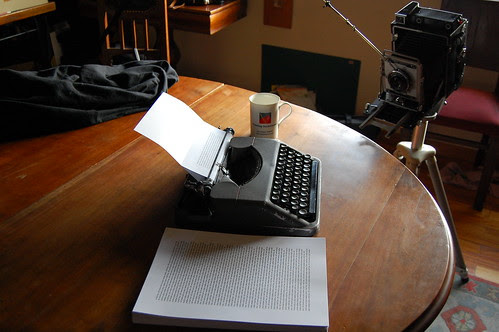 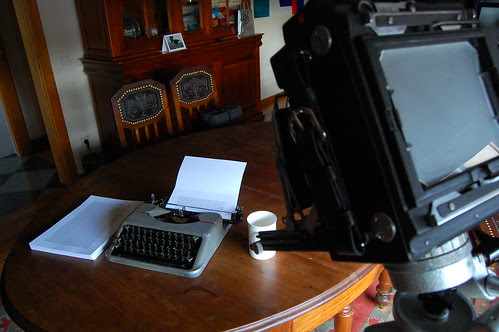 Picked up the "light meter": 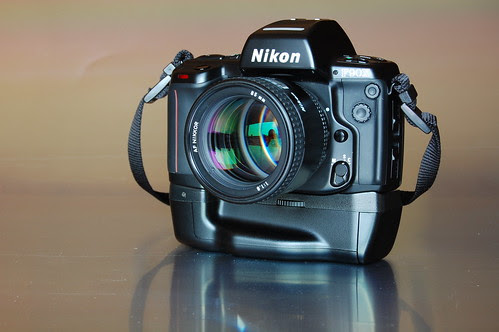 I'm not kidding, when I want a spot on reading, this is one of my best light meters.
After some testing I realized that the ISO of the Agfa multicontrast premium photo paper is 25, processed for 1'@20ºC, with Paterson Acugrade, 1:9.
I used my Simma Roller, to develop the paper: 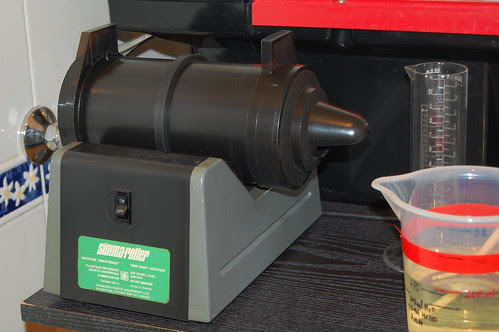 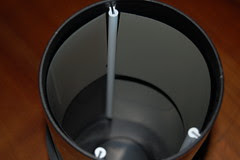 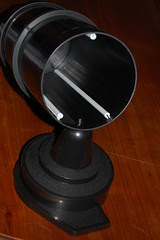 The adaptation is nothing more than those white rails, salvaged from a coat hanger, that fit perfectly on the grooves of the tank and keep the film in place during the process.

This system is great to be used in an one shot basis, that increases repeatability, as the amounts of chemistry are ridiculously low, 100-120ml to process four 4 x 5" films. 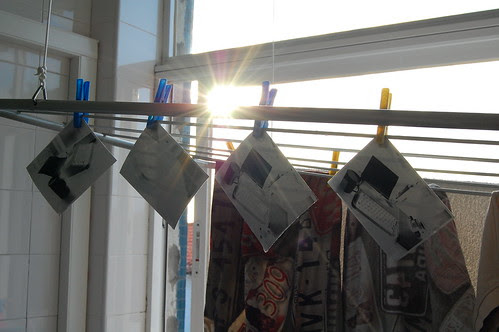 Here is a batch hanging to dry...

... and the final work after being scanned and inverted: 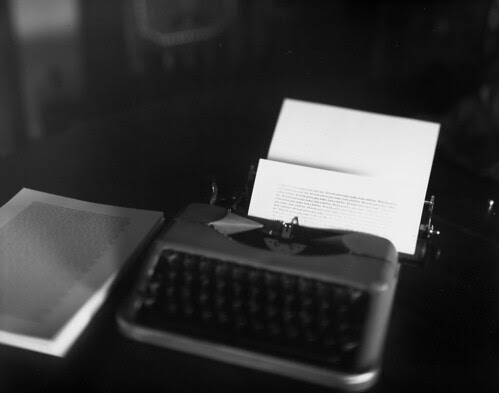 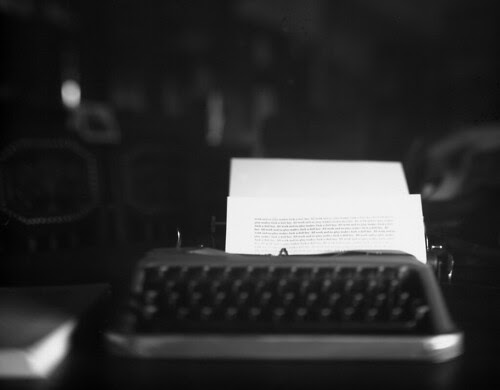 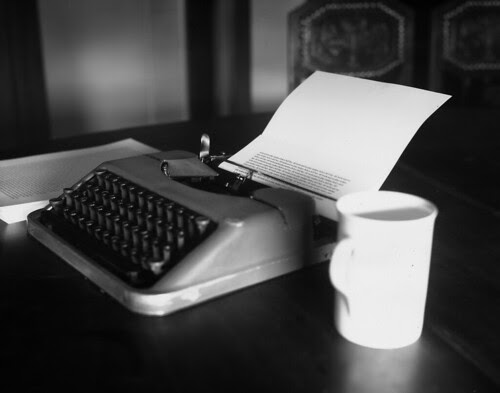 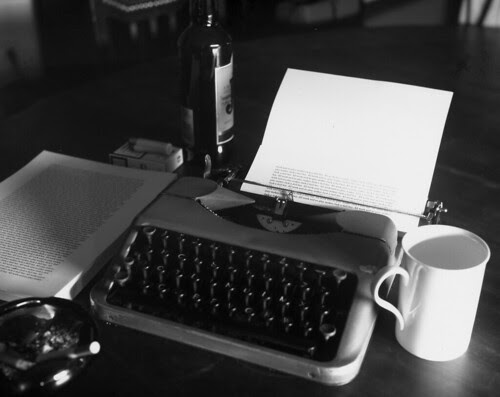 By the way, Leonor is already at home and feeling a lot better.
Stay tuned (o;
Posted by RaúlM.