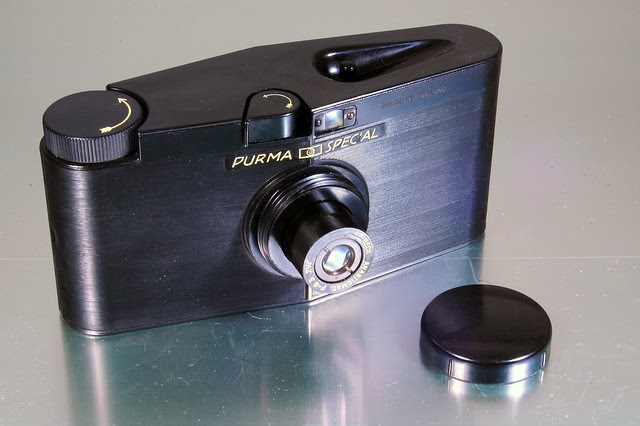 The Purma Special was manufactured from 1937 to 1951 by Purma Cameras, Ltd and distributed by R.F. Hunter, both in London.
The camera body is made of bakelite its design being credited to Raymond Loewy.
It is claimed to be the first camera with plastic optics, restricted to the viewfinder. 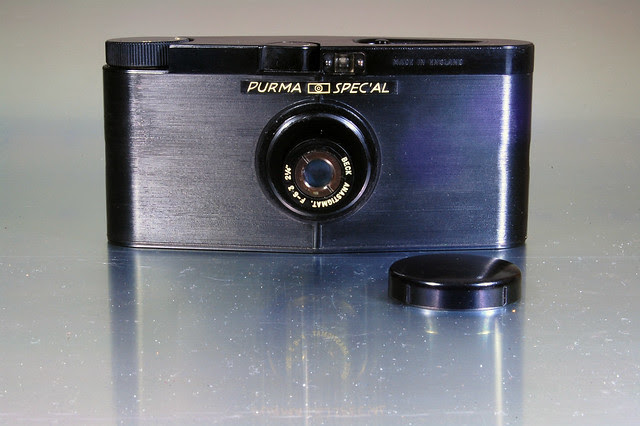 This camera although a simple snap-shooter has some very interesting features, the fixed focus and aperture lens, Beck Anastigmat 57mm 1:6.3, is spring loaded and kept in place by the screw in lens cap, when it's retracted it prevents the shutter from being cocked or released.

The most interesting feature is the shutter, it's inventor, Alfred Mayo, devised a way of controlling it by the way the camera is handled.
It has three speeds: Slow 1/25, Medium 1/150 and Fast 1/450.
In horizontal position we got the medium shutter speed, turning it to the vertical, one way the Fast and to the other the Slow. We know which side to turn by reading it on either side of the back viewfinder window.

As the camera exposes in 4x4 cm square format, the way it is turned doesn't matter.
The ingenious system is composed by a curved metal focal plane shutter, tensioned by a spring by giving half a turn to the knob on the top plate of the camera. The shutter speed is chosen using the camera position, a brass weight performs two tasks: selects the size of the slit and speeds up, acts neutral or slows down the movement of the focal plane shutter when we press the shutter, that's why many people call it a gravity shutter.

The shutter view from inside:

The shutter view from the back of the camera:


The rest of the entrails are very simple

There is a capping shutter, to protect the unexposed film, as the main shutter is cocked, that gets out of the way as we press the shutter release and before the focal plane travel starts.

In the above shot you can see the focal plane shutter in place.
In the following shot the camera is completely assembled and ready to be loaded with a 127 rollfilm.

The film advance is monitored by those two ruby windows. 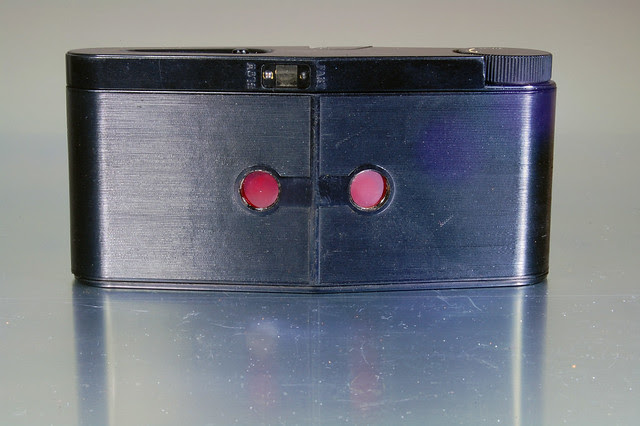 The 127 film was supposed to be used in cameras delivering 4x7 cm format, in the present case we advance the number to the left window, take the exposure, advance the same number to the right window and take another picture, 16 exposures a roll.


Some shots taken with it: 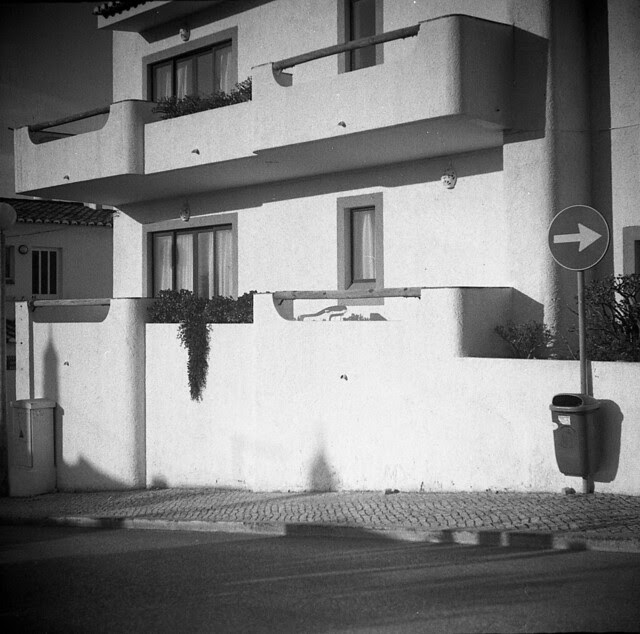 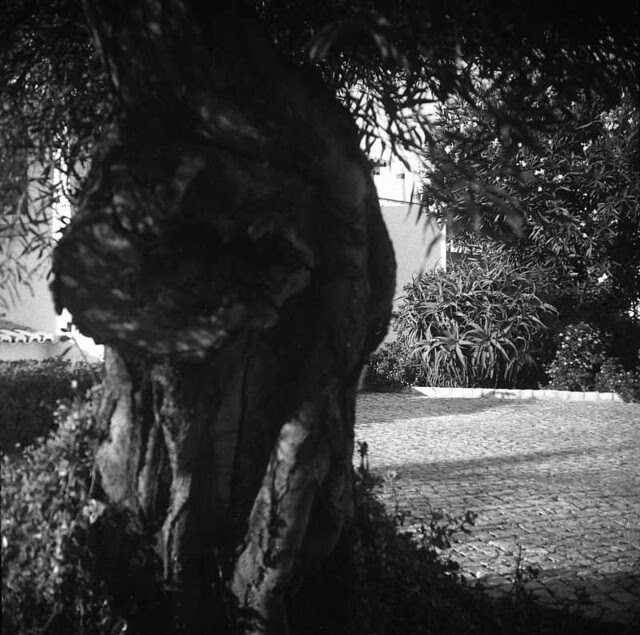 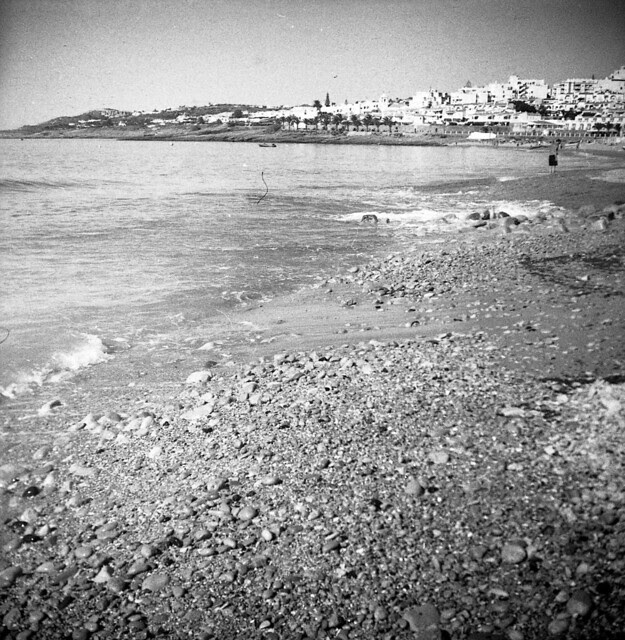 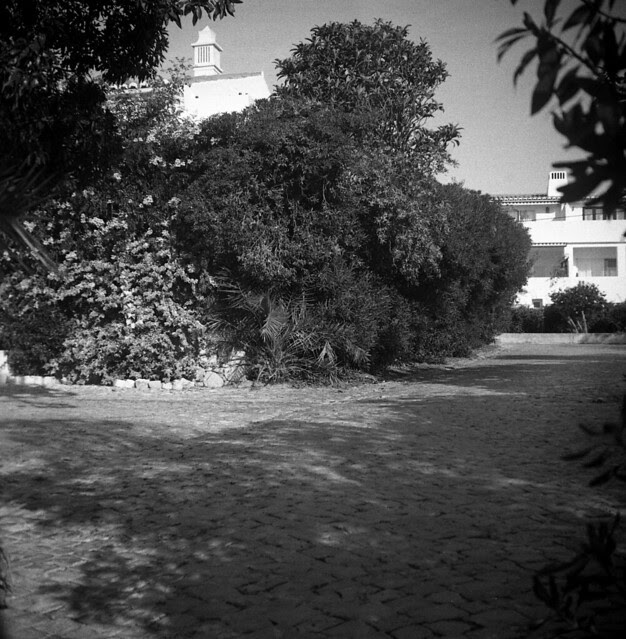 If you are interested to know how I got 127 film read this post.
Some more pictures in this Flickr album.
Stay tuned (o;
Posted by RaúlM.