Me and Nikonos V 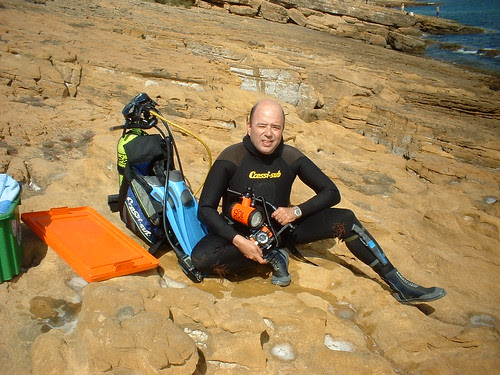 Me and Nikonos V by my daughter Beatriz 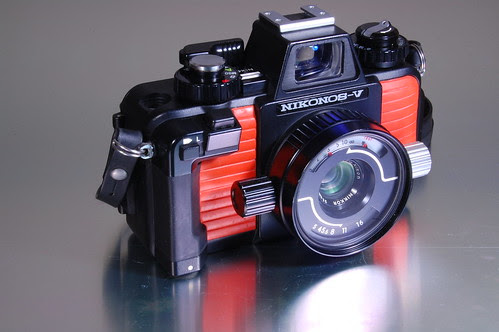 Nikonos V by RaúlM.
The Nikonos V is an electronically controlled 35mm amphibious camera.
The body is of a metal alloy, covered with rubber in the most exposed areas and sealed with o-rings in all the strategic places.
The TTL light meter controls the shutter in aperture priority mode, or gives information in manual mode. With a dedicated flash i.e. SB-105 it performs flash TTL control.
The focal plane shutter is stepless 1/30 - 1/1000s in aperture priority, quartz controlled 1/30- 1/1000 in manual mode, m90 the mechanical 1/90 speed shutter, even without batteries and B.
It uses regular 35mm film with ISO settings 25 to 1600.
It as a series of interchangeable lenses using the Nikonos mount, from Nikon and third party manufacturers.
The integrated viewfinder is dedicated to the "normal" lens, the 35mm 1:2.8
There are external viewfinders to all the other lens and also a sports finder for the 35mm.
It's a big girl 145 x 100 x 60mm and weights 700g. 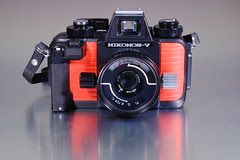 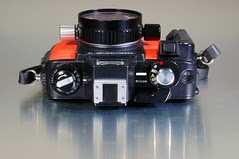 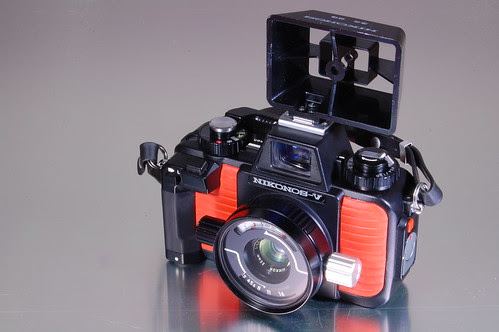 Nikonos V by RaúlM.
But with the camera alone you can't do much.
So I bought, the extension tubes, for macro. 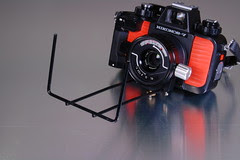 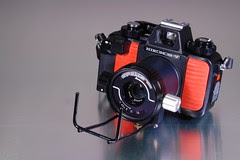 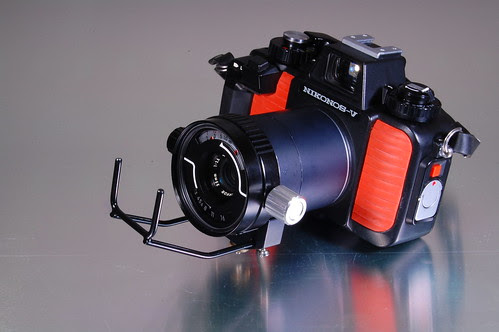 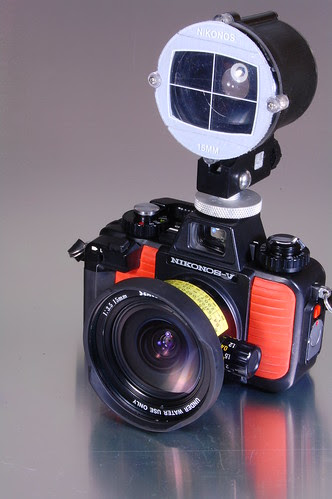 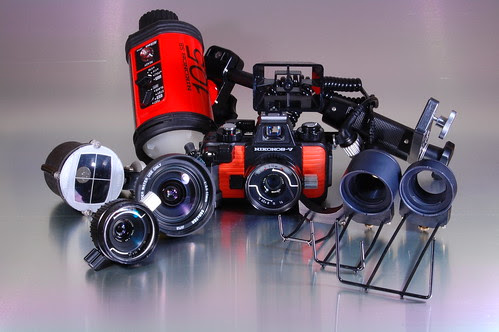 Nikonos V gear by RaúlM.
This kit allowed me to take the following shots: 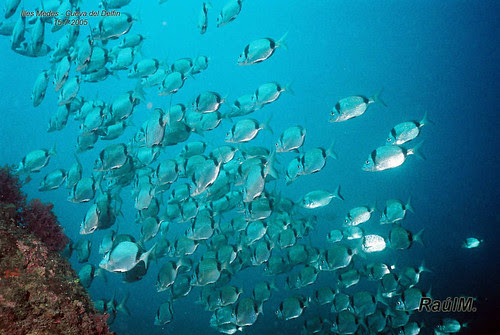 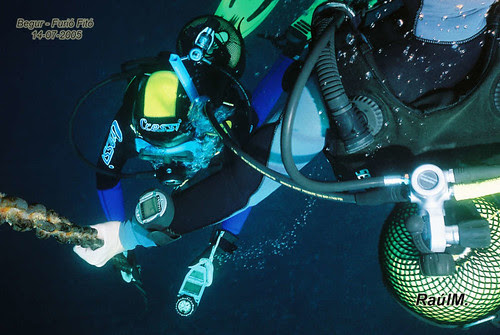 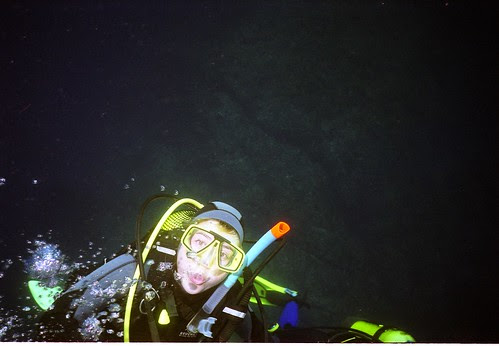 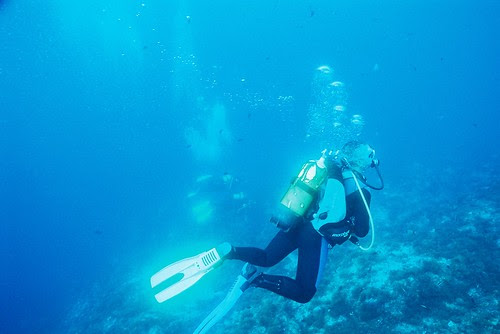 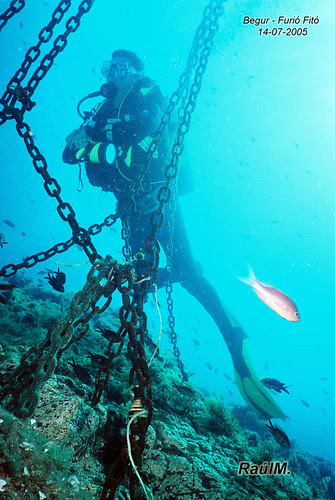