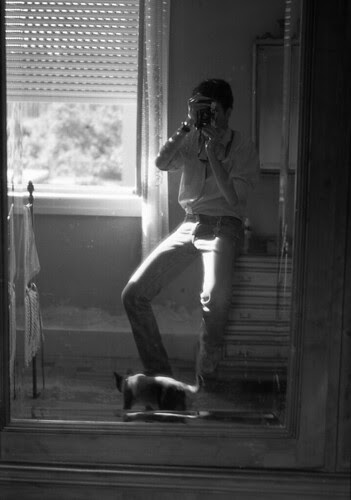 Around '83 I bought my first SLR, the Zenit-E I'm holding on the above picture.
I took great pictures with that camera.
At the time it was the only SLR that I could afford.

When I started collecting cameras I had a project, to recover or substitute all the cameras that I have had.

So as part of the project and as I didn't remember to whom I had sold that camera, I bought a replacement 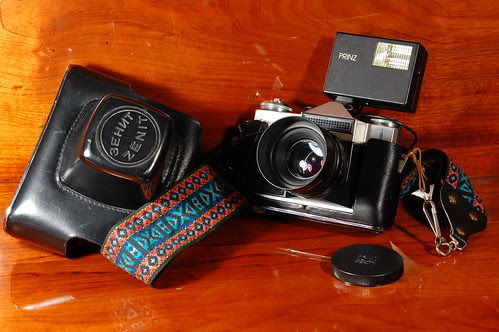 Mine wasn't the Olympic edition, but it's close enough. 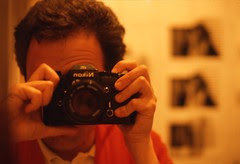 Tomorrow I'll tell you more about it and other cameras I had.