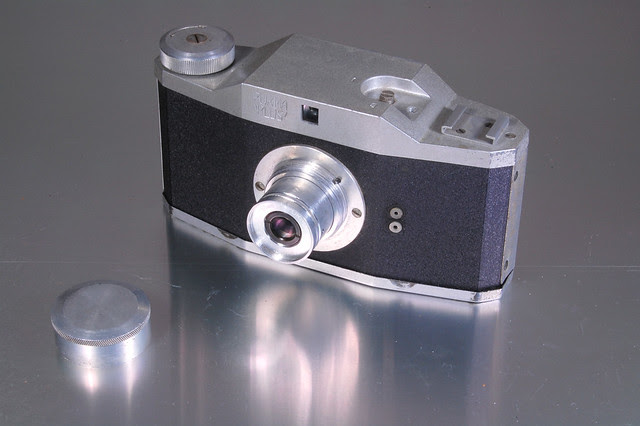 I was so enthusiastic about the Purma Special that when I found this one, despite it's uglyness, I was unable to resist it. 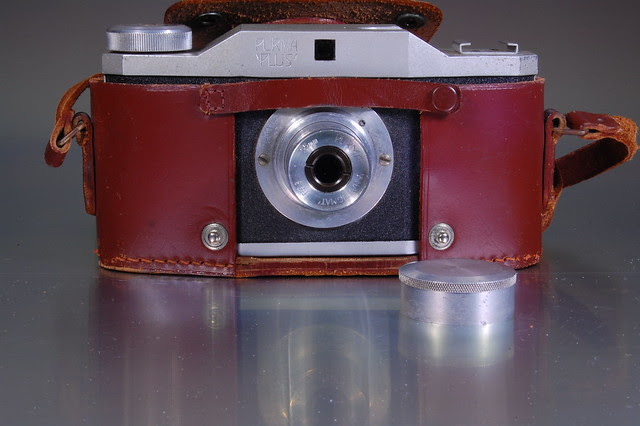 This is a more recent model manufactured from 1951 to 1959 by Purma Cameras, Ltd and distributed by R.F. Hunter, London.

The beautiful design was lost but it gained some new and improved features.

It kept the gravity shutter, enhanced by a new spring system, that, in the this particular case, didn't stand very well the test of time, you will understand what I mean when you see the first video.
Now the shutter speeds are 1/25 (slow), 1/150 (normal) and 1/500 (fast) and a Bulb position was added, turning CCW the shutter release button.

There is also a flash synch connection, located on the front panel by the lens and the corresponding accessory shoe. 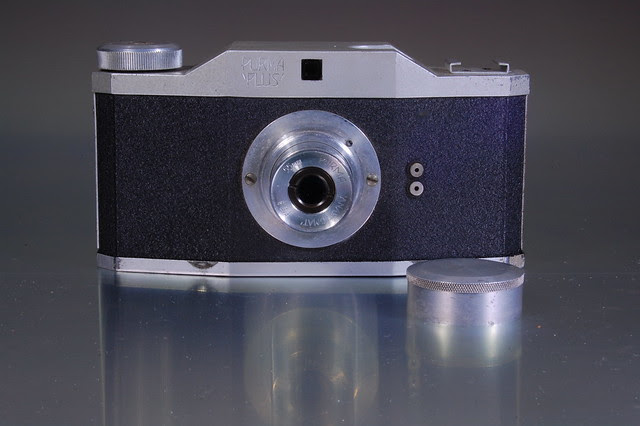 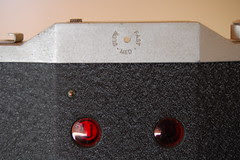 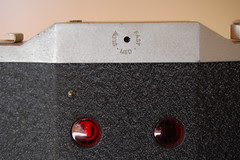 There is another new feature: when the shutter is released the viewfinder is blocked by a black metal plate.
Above left: shutter cocked; right: shutter released.
The viewfinder, or shall I call it peeping hole, is tiny but surprisingly bright, as you can see in the following picture: 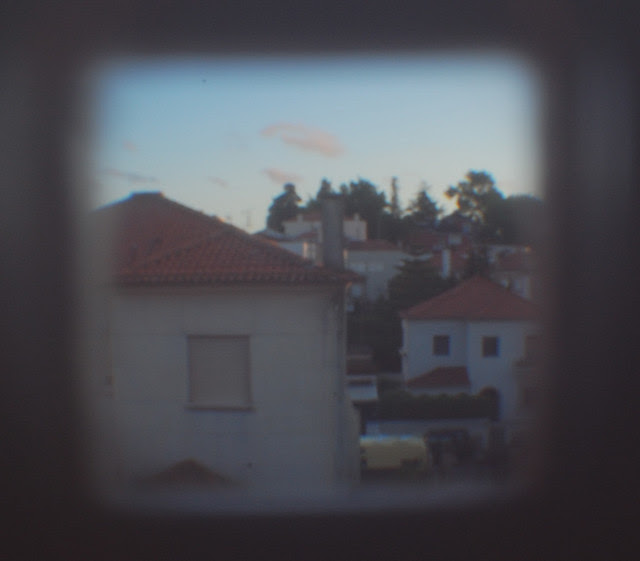 On the following video you can see the shutter in action:

And on this one the shutter cocking and firing:
If you look carefully you will notice the viewfinder blocker on the left extremity of the cocking bar.

You can see around the "peeping hole" the engraved shutter speeds, one has to turn the camera to the correct reading position to obtain the desired one. 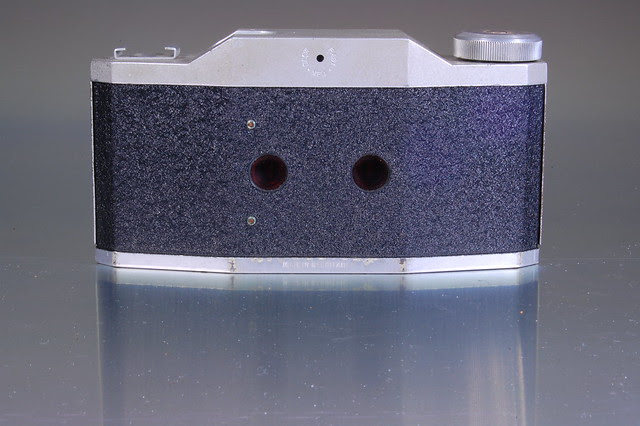 Why two ruby windows? You might ask.
This camera uses 127 (VP) film intended to be used in cameras producing 4x7 cm exposures, as the exposures from this camera are 3x3 cm, one has to advance the number of the paper backing to the left window, make the exposure, then advance the same number to the right window, make a new exposure, only then, advance to a new number on the left window and repeat all the process.
Advantage: sixteen exposures on a eight exposure film.
Drawback: a much smaller exposure, roughly the size of a 35 mm.

I never used this camera. I was planing to make a test roll to illustrate this post but I haven't had the opportunity for it, as soon as I am able I will do it and let you know.